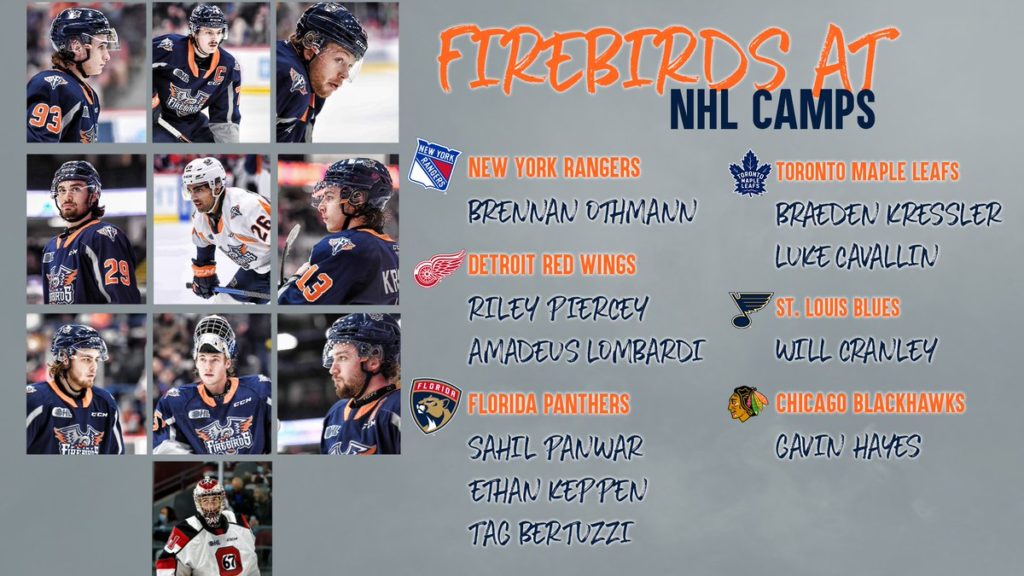 Flint, Mich. – On the heels of the NHL Draft that saw Flint have two players drafted for the fifth time in seven years, 10 current and former Firebirds were invited to attend NHL team development camps this week.

Attached below is the list of prospects attending NHL development camps. The team names are linked to their selected Twitter accounts so you can follow along all week long and catch your favorite Firebirds in NHL uniforms.

NHL Development Camps are held by almost all 32 teams to get a look at both their drafted and invited prospects while also helping the players hone their skills and learn from NHL staffs.