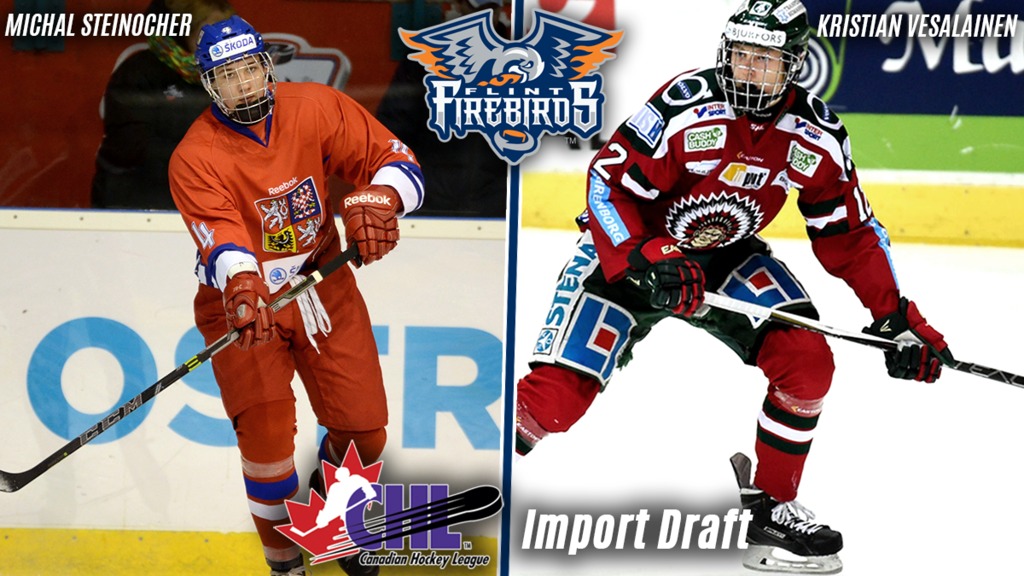 “Michal is a big, physical, mobile, puck-moving defenseman,” said Flint Firebirds general manager George Burnett. “Presently, our roster is very limited with 1999 birth year players and it was important for us to have balance moving forward. We’re excited to get Michal to Flint early and begin the process.”

As a late eligible birthdate, Michal is a prospect for the 2018 NHL Entry Draft.

Vesalainen is a native of Helsinki, Finland and is considered an elite prospect for next year’s NHL Entry Draft. The 6-foot-4, 202-pound forward played 19 games for Frölunda HC in the Swedish Hockey League (SHL) last season, which is the highest-level hockey in Sweden. He spent the majority of the season with the Frölunda HC J20 in the SuperElit league, which is the highest-level junior ice hockey league in Sweden. In 37 games, Vesalainen scored 15 goals and added 19 assists, totaling 34 points, averaging nearly a point per game.

“This was strictly an opportunity to add an elite NHL prospect to our protected list,” said Flint Firebirds general manager George Burnett. “Should Kristian ever consider the CHL in the future, it would be a tremendous addition to our club.”

Vesalainen has earned a lot of success on the ice. After joining the SHL’s Frölunda HC mid-way through the season, the team went on to win the SHL’s playoff championship this Spring. He was a key member on Finand’s U18 World Junior Championship team that won a Gold Medal in Helsinki this winter and was on the Finland U17 team that won a Bronze Medal at the European Youth Olympic Festival in Vorarlberg, Austria.

Below is a video featuring highlights of Michal Steinocher in the Czech Republic last season: