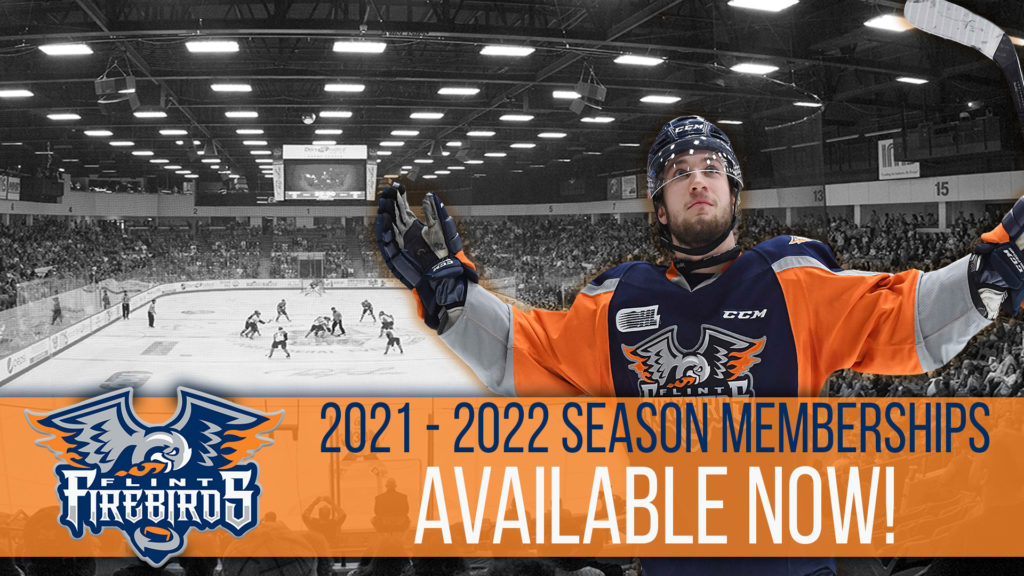 Benefits for full season membership holders: include FREE parking ($340 value), ticket savings for all 34 home games, (4) complimentary tickets to select road regular-season games in Saginaw, (2) buddy vouchers to bring a friend to any home Firebirds’ game, exclusive invitation to team and player events and much, much, more!

A $50 deposit reserves your seat for the 2021-22 season! Fans can secure their seats for next season at the Dort Federal Event Center Box Office from 9 a.m. to 5 p.m., Monday thru Friday.

Additionally, individual game tickets will be on sale at a later date. Be sure to follow the Firebirds website and on social media for more information.

For additional pricing, ticketing and membership information, fans can call the box office at (810) 744-0580 or email mary@dorteventcenter.com.