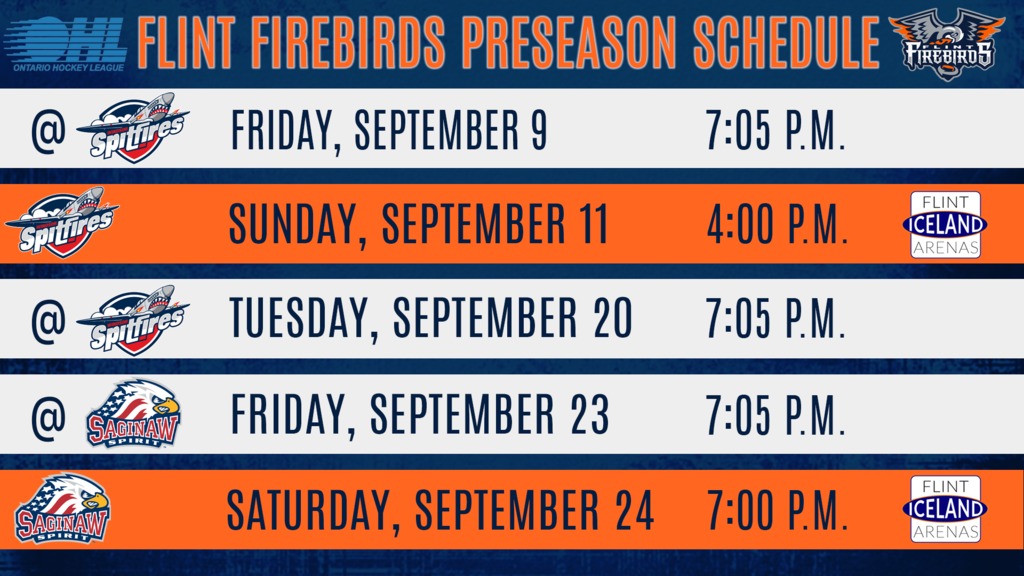 Flint, Mich. – With opening night just 81 days away, the Firebirds now have their tune-up games penciled in as the 2022 preseason schedule has officially been announced by the Ontario Hockey League.

Training camp is set to begin the final week of August. Preseason games are FREE to attend for season membership holders. All other ticketing information will be made available at a later date.

Guarantee your seats now for both the preseason and regular season by becoming a season membership holder! Memberships start as low as $12 per game or $408 for the full season.

Opening night of the 2022-23 Flint Firebirds season is set for Saturday, October 1 at 7:00 p.m. against the Niagara IceDogs.