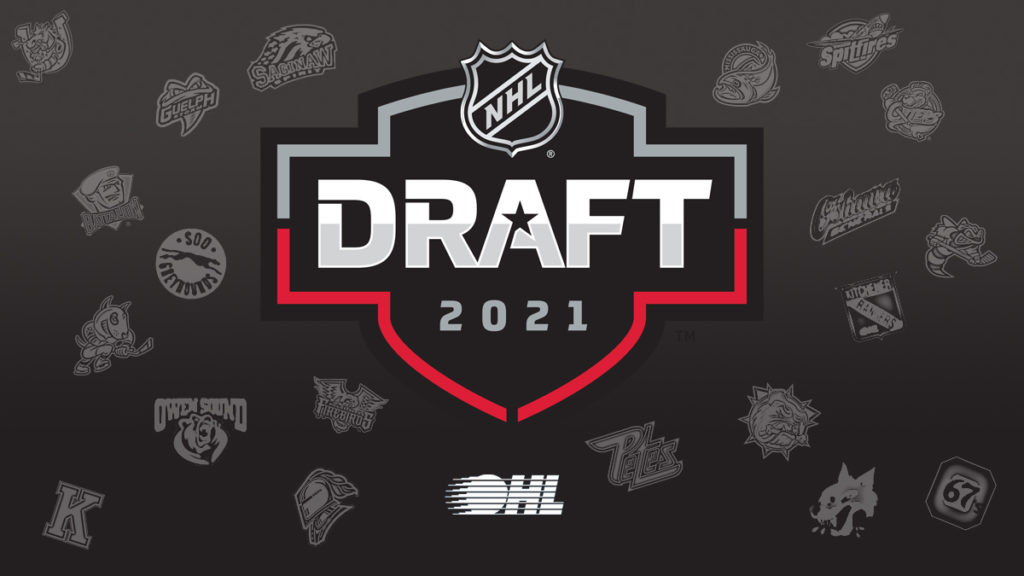 Toronto, Ont. – The Ontario Hockey League today announced that 30 OHL players were selected in the seven rounds of the 2021 NHL Draft held virtually on July 23-24 representing approximately 13% of all 224 players picked by the NHL’s 32 teams.

The 30 OHL players have all played at least one game in the Ontario Hockey League, while an additional nine players selected in the 2021 NHL Draft have made commitments to join OHL clubs.

By position, a total of 15 OHL forwards were selected, as well as 12 defencemen and three goaltenders. Among the OHL’s drafted players, 23 are selections born in 2003, five are late 2002-born picks (Chayka, Roger, Lennox, Montgomery, Vrbetic) and two are 2002 birth years in their second year of eligibility (Ottavainen, Cardwell).

18 of the OHL’s 20 member clubs had a player selected in 2021 led by the London Knights with four. The Sarnia Sting trailed with three players chosen followed by the Barrie Colts, Kingston Frontenacs, Kitchener Rangers, Ottawa 67’s, Peterborough Petes, Saginaw Spirit and Windsor Spitfires who each produced two. The London Knights maintained their record streak of players chosen annually since 1969, climbing into sole possession of first place for the most players chosen all-time with 188 to their credit.

21 of the NHL’s 32 teams added at least one OHL player with the San Jose Sharks leading the way with four selected. The Dallas Stars trailed with three while the Boston Bruins, Los Angeles Kings, Montreal Canadiens and Seattle Kraken each picked two.

Following the 2021 NHL Draft, a total of 2,440 OHL players have been selected since 1969, representing approximately 20% of all players chosen.

Click on player name below to watch pick announcement and media availability. More player interviews will be uploaded to ontariohockeyleague.com as they become available.

For more coverage of the 2021 NHL Draft, visit NHL.com.