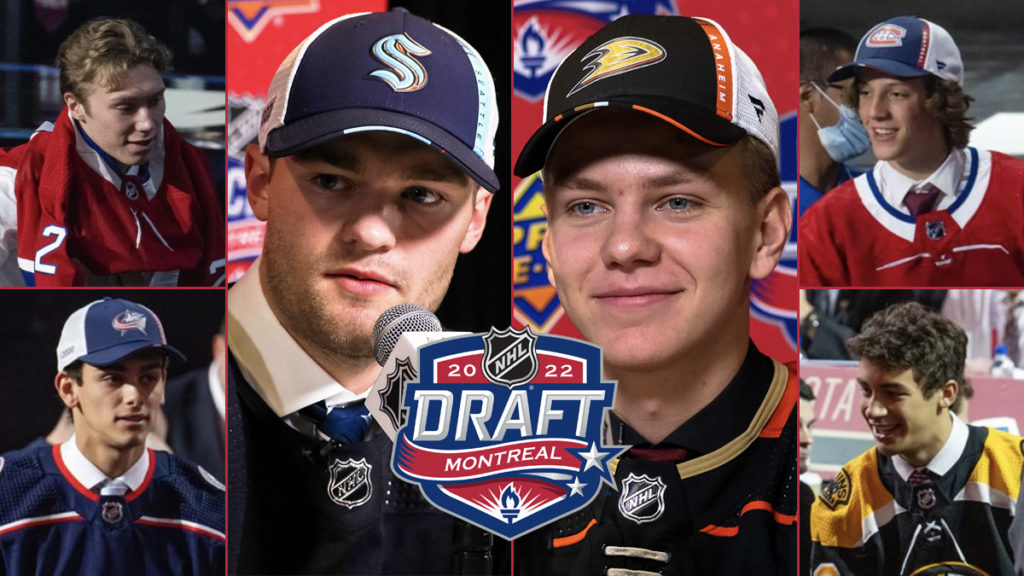 Toronto, Ont. – The Ontario Hockey League today announced that 35 OHL players were selected in the seven rounds of the 2022 NHL Draft held at the Bell Centre in Montreal.

By position, a total of 23 OHL forwards were selected, as well as 11 defencemen and one goaltender. Among the OHL’s drafted players, 23 are selections born in 2004, five are late 2003-born picks (Mintyukov, Del Bel Belluz, Kyrou, Zhilkin, Arnsby), six are 2003 or late 2002 birth years in their second year of eligibility (Lombardi, White, Robertson, Maggio, Jackson, Lawrence) and one other is born in 2001 (Edmonds).

16 of the OHL’s 20 member clubs had a player selected in 2022 led by the North Bay Battalion with five, the franchise’s most since moving to North Bay, just one shy of their all-time franchise mark of six in 2000. The Guelph Storm trailed with four players chosen while the Kingston Frontenacs, London Knights and Owen Sound Attack each produced three. The London Knights maintained their record streak of players chosen annually since 1969 while the Ottawa 67’s extended their streak to 20 years, the Soo Greyhounds pushed theirs to 16 and the Saginaw Spirit extended their run to 15 consecutive years.

21 of the NHL’s 32 teams added at least one OHL player with the Seattle Kraken leading the way with five selected. The Montreal Canadiens trailed with three.

Following the 2022 NHL Draft, a total of 2,475 OHL players have been selected since 1969, representing approximately 20% of all players chosen.