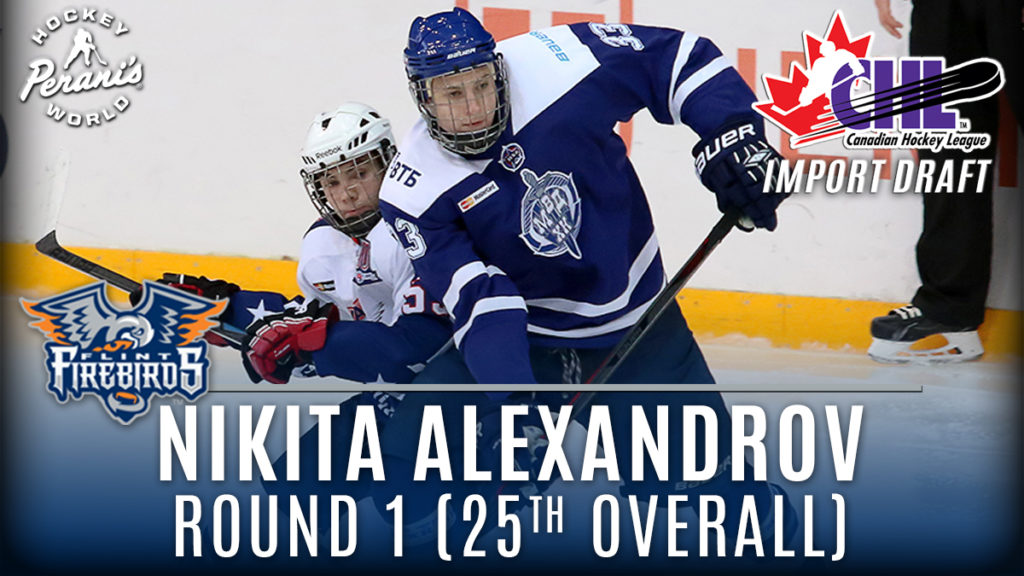 “Nikita is a big player and a great skater, that moves the puck well,” said Flint Firebirds General Manager Barclay Branch. “He has a real smart understanding of the game, checking off a lot of boxes that our club has when discussing and evaluating players. Nikita wants to be a Firebird and is excited about the opportunity of playing in Flint.”

The Ontario Hockey League (OHL), known as the premiere player development league for the NHL, is one of three major junior ice hockey leagues based in Canada and the United States that constitute the Canadian Hockey League (CHL). Through the CHL Import Draft, every team in the CHL has the option to protect up to two players from outside North America to add to its roster. Picks are chosen in reverse order of the team’s standings in the CHL. The import draft is seen as a way to raise the level of competition in the CHL, as well as to broaden its fan base while retaining high North American content.

The Firebirds’ training camp will take place Monday, Aug. 28 through Wednesday, Aug. 30. The camp will be held at the Firebirds’ official practice facility, Iceland Arenas on Elms Rd. in Clayton Township, and is open to the public with free admission for all on-ice sessions. Stay tuned to www.FlintFirebirds.com for more information.

Season ticket packages for the Flint Firebirds 2017-18 season are on sale now and can be purchased at the Dort Federal Event Center Box Office, Monday thru Friday from 9 a.m. to 5 p.m. (ET). Season ticket holders receive FREE parking this season. For more information, contact Kevin Mays, Director of Ticket Sales at (810) 201-6903 or kevin@flintfirebirds.com.