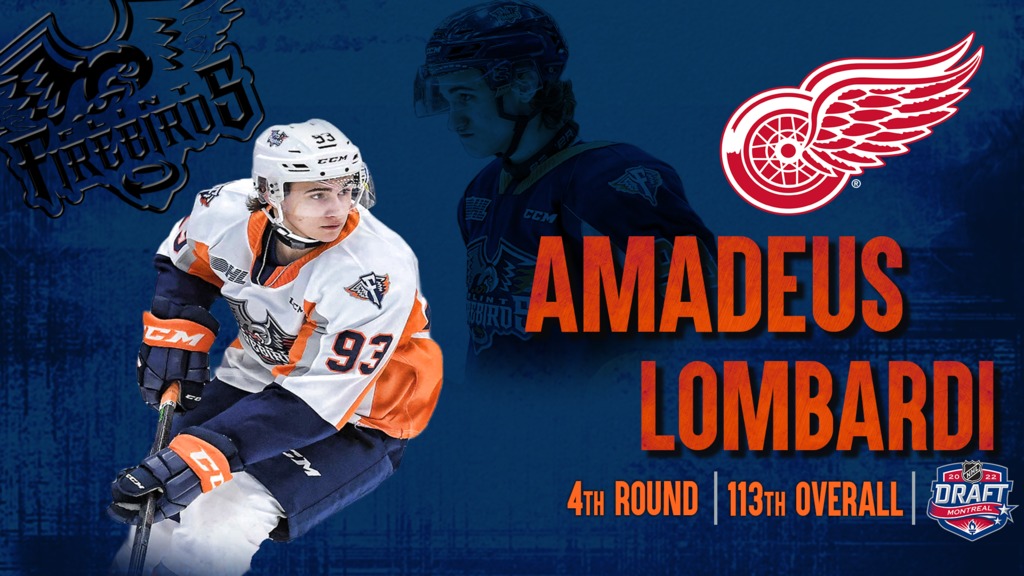 Flint, Mich. – Flint Firebirds forward Amadeus Lombardi has been selected in the 4th round (#113 overall) by the Detroit Red Wings in the 2022 NHL Draft, becoming the first Firebird to ever be drafted by the Red Wings.

Lombardi joins teammate Gavin Hayes, who was selected in the 3rd round (#66 overall) by Chicago earlier, giving the Firebirds two drafted players for the fifth time in seven NHL Drafts since the move to Flint in 2015.

Simon Slavicek is the last of the ranked Firebirds players still waiting to hear their names called today as the NHL Draft continues on NHL Network and ESPN+ in the U.S. and on Sportsnet and TVASports in Canada.

Follow along on our 2022 NHL Draft Central page for live updates, reactions and much more!