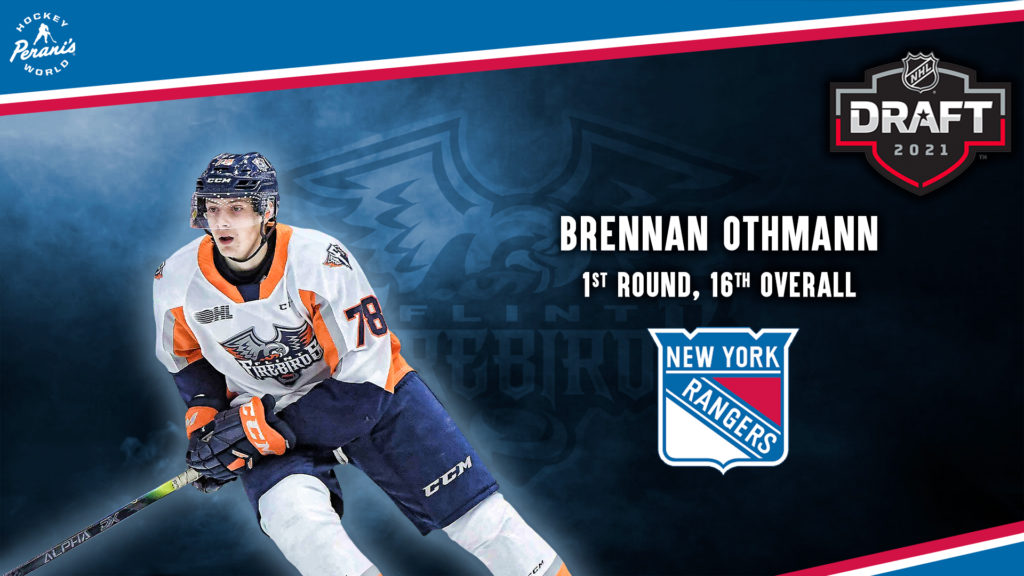 Flint, Mich. – It was a memorable night for Brennan Othmann and his family as the New York Rangers selected the Firebirds forward in the first round (#16 overall) of the 2021 NHL Draft.

The NHL Draft continues todayat 11 a.m. ET on NHL Network in the United States and Sportsnet in Canada. Both Braeden Kressler and Dmitry Kuzmin are projected to be selected from the Firebirds.

Stay tuned to www.FlintFirebirds.com/NHLDraft for all-access coverage of the Firebirds at the 2021 NHL Draft.