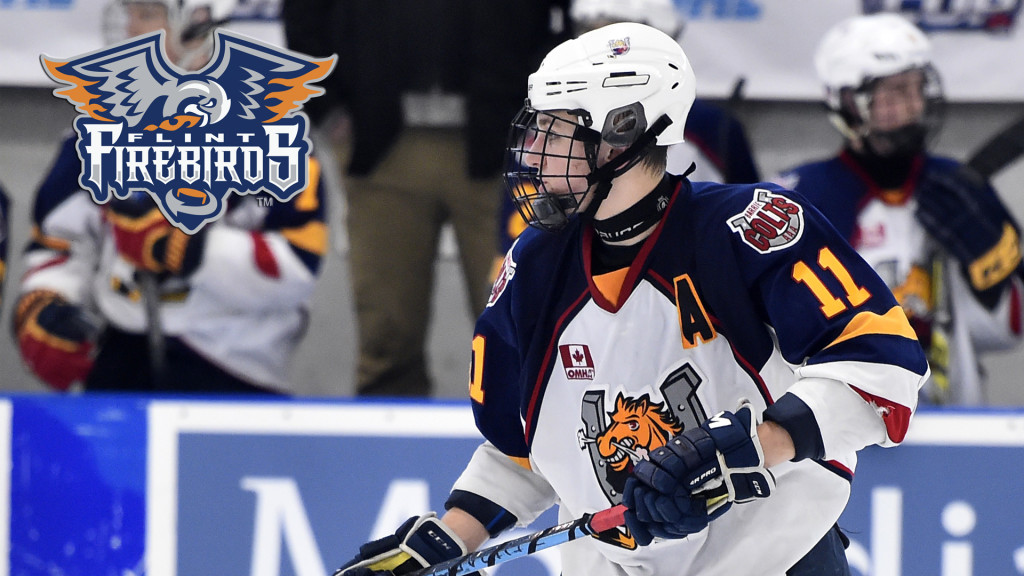 Flint, Mich. – The Flint Firebirds announced today that the club has received a commitment from defenseman Dennis Busby and his family, resulting in all top-three picks in the 2016 OHL Priority Selection committing to play in Flint for the upcoming season.

Busby, a second-round draft pick, 23rd overall by the Firebirds in the 2016 OHL Priority Selection played for the Barrie Jr. Colts last season and totaled 23 points in 23 games played, scoring six times while adding 17 assists. Busby played a key role in earning a Silver Medal for Canada 2000’s in the 2016 Youth Olympics in February.

“It’s a surreal feeling for my family and I right now,” said Busby. “Although it’s one more step in the right direction, the work has only begun. You hear a lot of different things about Flint but it’s completely different in person. The city and fan support is incredible and the facilities are something special,” added Busby.

Busby is a Barrie, Ont. native and is one of 45 OHL Prospects invited to Canada’s National Under-17 Development Camp in Calgary, Alta., July 26-Aug. 6.

“Dennis was a versatile, competitive, puck moving defenseman that was a leader and key member of a very good Barrie Colts Minor Midget Club last season,” said Flint Firebirds general manager George Burnett. “We are excited to receive this commitment from Dennis and his family and we know that he will be a strong addition to our program moving forward.

Busby joins forward’s Ty Dellandrea (1st Round, 5th overall) and Hunter Holmes (2nd Round, 22nd overall) as the most recent commitments to the Flint Firebirds Hockey Club in the past month.