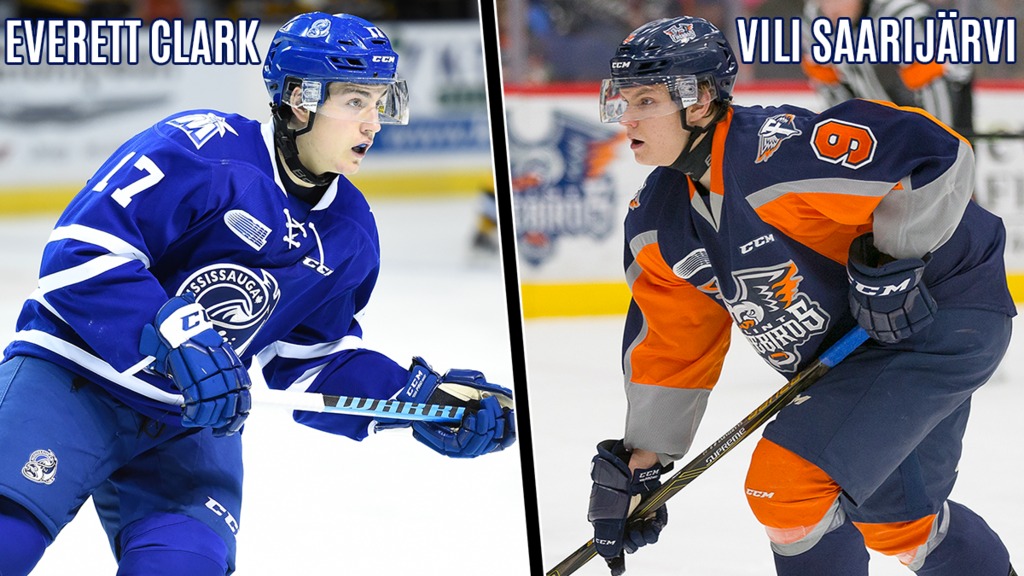 Flint, Mich. – The Flint Firebirds today announced that the club has completed a trade with the Mississauga Steelheads.

“It is unfortunate that Vili was unwilling to continue here in Flint, especially with our new group in place,” said Flint Firebirds general manager George Burnett. “Vili’s representation made it very clear that a move was necessary or we risked losing him to the Finnish Elite League. Therefore, we wanted to find the best move possible for our club.”

Clark, a native of Whitby, Ont., was an assistant captain for the Steelheads last season and racked up an impressive 35 points in 59 games including 92 penalty minutes. The 5’10, 185lbs forward was a member of the 2012-13 OMHA Midget ETA “AAA” championship winning Whitby Wildcats.

“I’m very excited to get the season started in Flint,” said Clark. “I’m looking forward to being a leader on the team and helping the club in every way possible.”

“Most importantly, Everett was excited to join our program and become a leader with our team,” said Burnett. “He’s amongst the most competitive players in our league, outstanding in the face off circle and will make everybody better around him.”