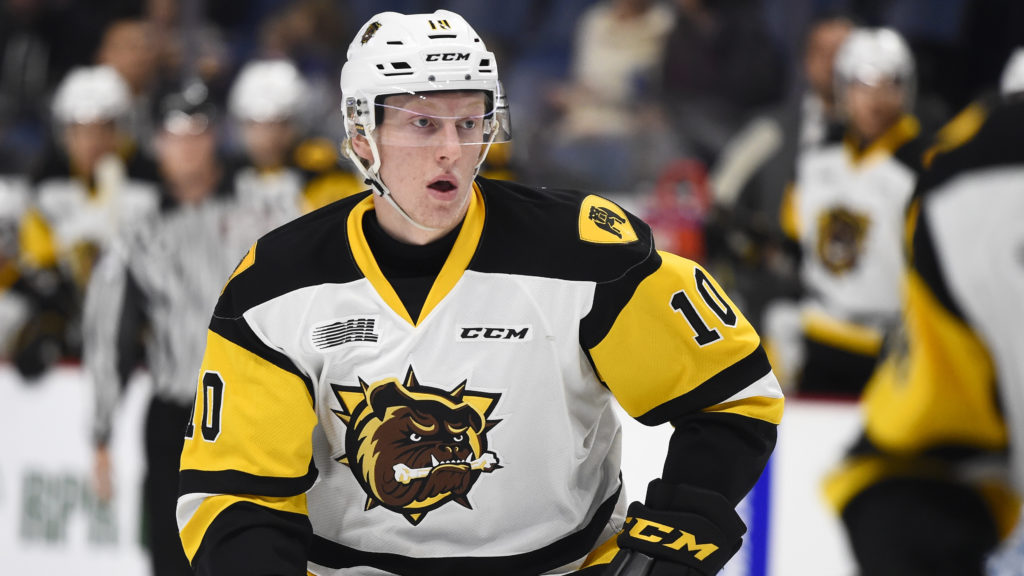 “I am extremely pleased to welcome Connor Roberts to the Flint Firebirds’ family,” said Flint Firebirds Vice President of Hockey Operations and General Manager Barclay Branch. “We feel this transaction will be beneficial to the future success of the Firebirds and will also have immediate positive results for our team, as all of our players will be called upon to play a more significant role in the overall team performance for the balance of this season. We wish Ryan Moore and Nicholas Caamano every success in their hockey careers and thank them for their past contributions to our hockey club.”

Roberts comes to Flint as the first forward selected in the 2016 OHL Draft. He represented Canada on the international stage at the 2016 Youth Olympic Games where he earned four points, racking up three goals and a plus-four rating in six games. Additionally, Roberts competed with Team Canada Red at the 2016 World Under-17 Challenge last November. Roberts is also now one of five Flint Firebirds that are listed among NHL Central Scouting’s November ‘Players to Watch’ list for the upcoming 2018 NHL Draft in June along with Dennis Busby, Ty Dellandrea, Hunter Holmes and Jack Wismer.

Roberts, a six-foot-four, 215-pound centerman is a native of Owen Sound, Ont., and has strung together multiple point-streaks for Hamilton this season. He recorded a four-game point-streak in October and most recently garnered a three-game point-streak in November. Prior to playing with the Bulldogs, he amassed 116 points and scored 55 goals in just two seasons with the Grey-Bruce Highlanders of the South-Central Triple A Hockey League (SCTA).

Roberts is expected to play in the Firebirds’ home game tomorrow, Nov. 26, against the Kingston Frontenacs at the Dort Federal Event Center at 4 p.m.

Next Home Game:
Sunday is a “Firebirds Family 4 Pack” Game. Sponsored by Dort Federal Credit Union. At every Sunday home game, the four pack features 4 Silver Level reserved tickets, 4 hot dogs, 4 sodas, 2 game programs and 2 game pucks, a value of $120 for $76. Also, all Sunday’s are ‘Firebirds KIDS FREE days,’ compliments of Aquafina: All kids 12-under will receive a free game ticket with adult purchase, valid for all price levels. Fans are encouraged to purchase in advance by visiting the Box Office or by contacting Dominic Gutierrez at domg@flintfirebirds.com. Special offers are not combinable with other discounts or offers.

Sunday is also considered a ‘double redemption’ game for all season ticket holders and sponsors: If you’ve missed any games this season, you can redeem your unused season ticket(s) to get 2 tickets for every one season ticket presented at the Dort Federal Event Center box office.

Single game tickets for all Firebirds games are $12 / Bronze, $16 / Silver, $20 / Gold and $26 for VIP seating. All seats are reserved / assigned seating. Fans can purchase tickets at the Dort Federal Event Center Box Office and online at ticketmaster.com. For ticket information, flex tickets or group outings, contact Dominic Gutierrez at (810) 701-8536 or domg@flintfirebirds.com. To book a private suite, please contact Karla Turner at (810) 744-0580 ext. 213 or email karla@flintfirebirds.com.