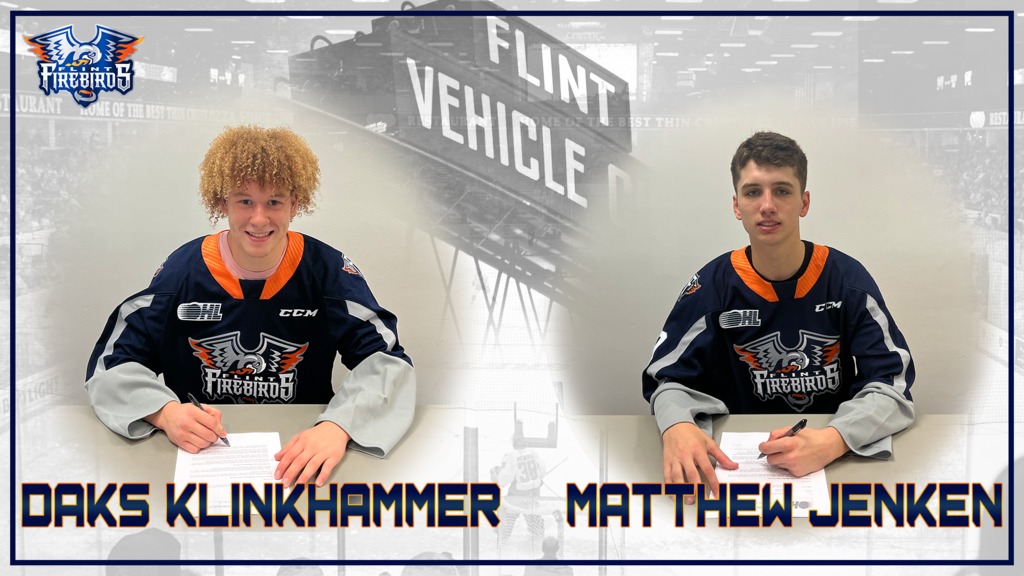 “We like to officially welcome Daks and Matthew to the team,” Head Coach and General Manager Ted Dent said. “They’ve put in good work the last few weeks and we feel they are ready to make an impact with us this year.”

“This is something I’ve been working towards since I first started playing hockey,” Klinkhammer said. “It’s a dream come true.”

“I’m extremely excited to get going,” the Ajax, Ont. native said. “I’m looking forward to an enjoyable season this year in Flint.”

Matthew Jenken was the Firebirds’ first-round pick (#18 overall) in this past year’s 2022 U18 Priority Selection. He posted 5 G and 13 A in 32 GP for the London Jr. Knights. His 18 points were tied for fourth among defensemen at the U18 Alliance level.

“It’s a dream come true,” Jenken said. “Ever since I was a kid it was a goal of mine to play in the OHL. To commit to such a great organization and an organization that wants to win, it’s surreal. I can’t wait to get started.”

“I expect myself to work my way into the lineup every night,” he said. “I want to be a guy the coaches can trust in any situation.”