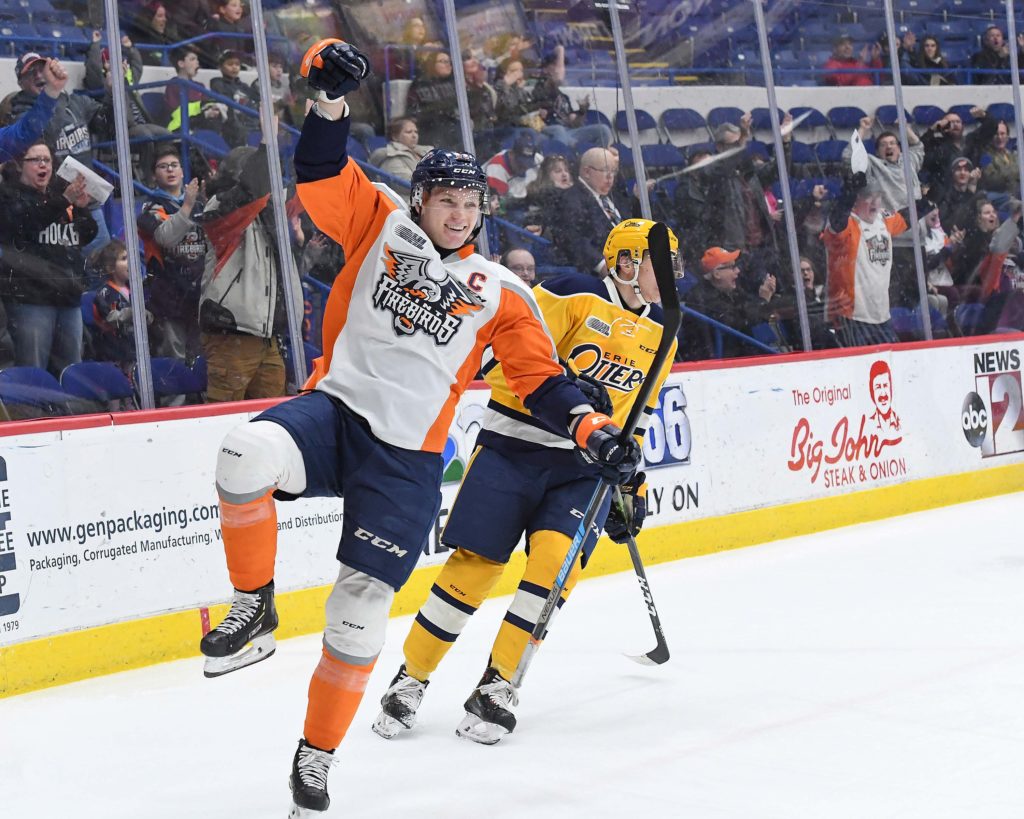 Flint, Mich. – Four OHL hockey seasons have passed since the Flint Firebirds selected Ty Dellandrea with the fifth-overall pick in the 2016 OHL Draft.

When he committed to Flint on May 26, 2016, he had three initial goals in mind: To lead the Firebirds to a winning culture, to win a Gold Medal with Canada at the IIHF World Junior Championships and to play in the National Hockey League (NHL).

Tonight, many would say he achieved all three.

After playing a significant role in the Firebirds’ 40-win campaign last season, which saw the team ride an impressive 15-game winning-streak, 12 of which were on the road, Ty Dellandrea has made the Dallas Stars’ opening day roster and is expected to make his NHL debut tonight in Dallas against the Nashville Predators.

Tonight’s debut comes after Dellandrea was the first Flint Firebird to be selected in the first-round of an NHL Draft when the Stars selected him 13th overall in 2018. He signed a three-year NHL entry-level contract with the Stars on Sep. 19, 2018 and will finally play in his first NHL regular season contest three seasons later.

Dellandrea will become the fourth Flint Firebird since 2015 to play in the NHL but will be the first ever Firebird that played his entire OHL career in Flint to make it to the highest level in the world.

On behalf of all of us with the Firebirds and in Flint, Genesee County and Mid-Michigan, congratulations Ty. You made Flint proud.

Along with Dellandrea, former Firebird Nick Caamano (2015-17) will be in the Stars’ line-up tonight as well.

The game begins tonight at 8:30 p.m. (ET) and will be televised live on FOX Sports Southwest +, FOX Sports Tennessee and on the NHL Center Ice package. Fans can also stream the game on ESPN+ or on NHL.tv. The radio broadcast can be heard live on KTCK-FM 96.7 The Ticket Sports Radio in the Dallas-area or streamed at TheTicket.com.