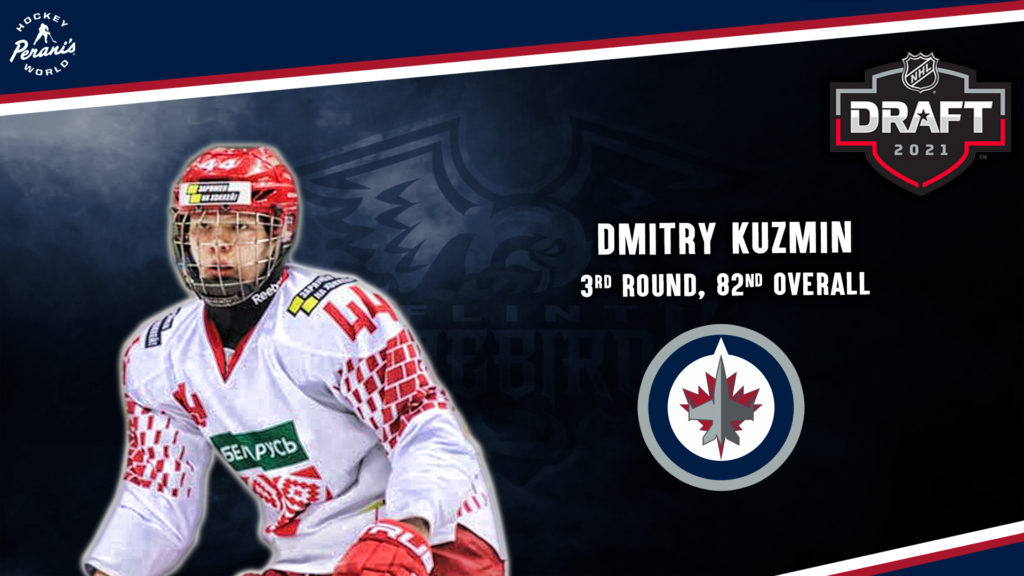 Flint, Mich. – Firebirds commit Dmitry Kuzmin has not yet suited up for the Firebirds, but the beginning of his NHL career is here. The Winnipeg Jets selected the left-handed defenseman out of Kholstovo, Belarus with their 3rd round pick (#82 overall) in the 2021 NHL Draft Saturday.

The NHL Draft continues on NHL Network in the United States and Sportsnet in Canada. Braeden Kressler is still expected to be drafted today. If he is, this would be the first time in team history the Firebirds had three players selected in a single NHL Draft.

Stay tuned to www.FlintFirebirds.com/NHLDraft for all-access coverage of the Firebirds at the 2021 NHL Draft.