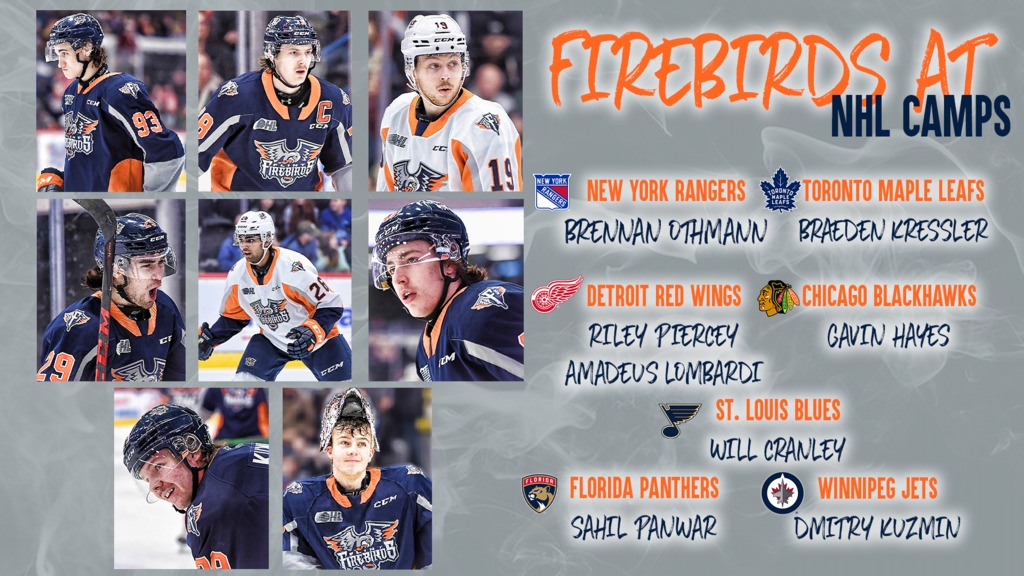 Flint, Mich. – Eight current Flint Firebirds players are set to attend NHL training camps over the next couple of weeks in preparation for the 2022-23 season.

Three of the Firebirds players will participate in the Detroit Red Wings prospect tournament this weekend from Thursday, September 15 to Monday, September 19th up north in Traverse City: Lombardi, Piercey, Kressler, who will be playing with former Flint goaltender Luke Cavallin.

The rookie portion of training camp will begin over the next two days for Othmann and the Rangers, Kuzmin and the Jets, Cranley and the Blues, Hayes and the Blackhawks, and Panwar and the Panthers.

Main camps start for NHL clubs next week with the goal for players to be asked to stay and participate. From there, they would be eligible to play in preseason games at the end of the month and have a chance to make an NHL roster.