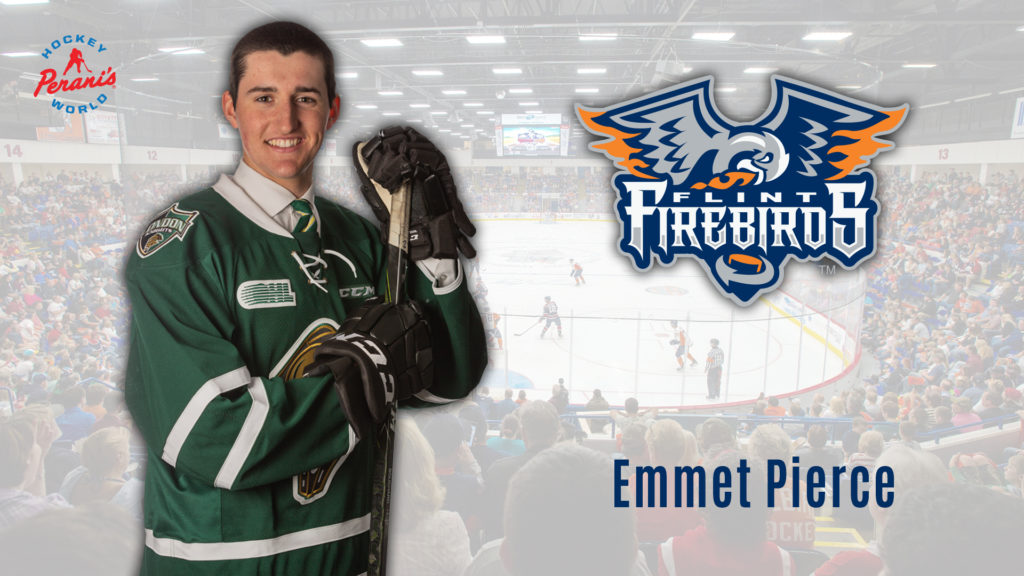 In the trade, Flint acquires forward Emmet Pierce from London. In return, the Firebirds trade a conditional sixth-round pick in the 2021 OHL Priority Selection to the Knights.

Pierce, a 6-foot-6, 215-pound forward, currently leads the Greater Ontario Junior Hockey League’s (GOJHL) Strathroy Rockets in goals (14) and points (30) in 31 games this season. He was a fourth-round (66th overall) selection by the London Knights in the 2017 OHL Priority Selection.

“Emmet is a skilled forward and a competitor that will bring size to our front end,” said Flint Firebirds Vice President of Hockey Operations and General Manager Barclay Branch. “He is smart player with a complete vision of the ice that will be a contributing factor moving forward.”

“I’m very excited to get things going in Flint,” said Pierce. “I hope I can bring lots to the team and help the team succeed. I heard they have a great fan base and they treat their players very well in Flint. The OHL has always been a goal of mine since I was younger, it was always a big part of my life.”

Emmet will wear number 15 for the Firebirds and is expected to be in the lineup tonight when the Firebirds play in Windsor at 7:05 p.m. (ET).