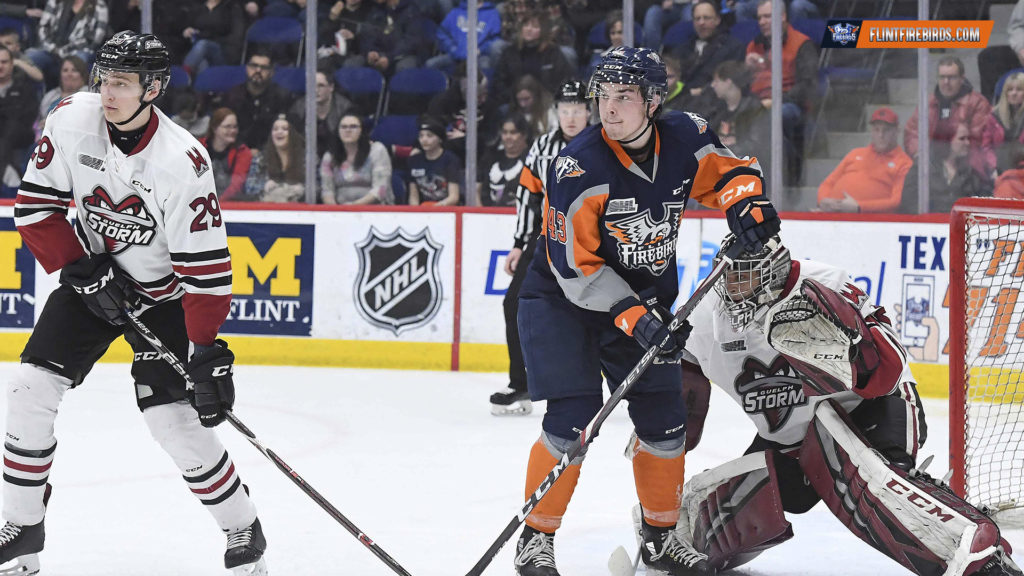 Flint, Mich. – The Flint Firebirds announced today that the club has completed a trade with the Guelph Storm.

“On behalf of the Flint Firebirds, we would like to wish Eric all the best moving forward,” said Flint Firebirds Vice President of Hockey Operations and General Manager Barclay Branch. “We thank Eric for his contributions on the ice and in the community throughout his time in Flint.”

Uba was a ninth-round pick in the 2016 OHL Priority Selection by the Firebirds. He recorded one assist in four games with Flint during the 2017-18 season, prior to scoring 19 goals and adding 23 assists including a minus-13 rating in 67 games last season with the Firebirds.

Fans can also book group outings now for the upcoming season before individual game tickets go on sale to the general public! Group ticket packages are available to fit your needs. Whether you are entertaining corporate clients, celebrating a special occasion, having a fun night out with family and friends or rewarding employees, we have a fun, easy and affordable plan for you! For more information, contact John Notter by calling (810) 744-0580 ext. 207 or by emailing john@flintfirebirds.com.