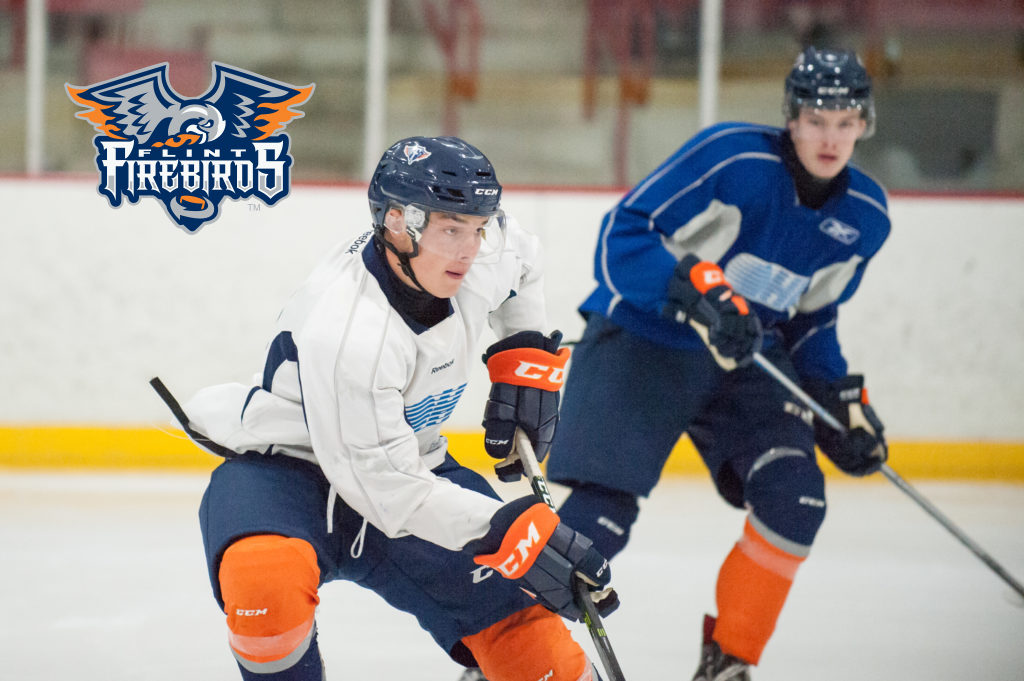 “Eric is a talented young hockey player and we are extremely excited to have him as part of the Firebirds’ organization moving forward,” said Flint Firebirds Vice President of Hockey Operations and General Manager Barclay Branch. “He will bring speed, skill and character to our club and we couldn’t be happier to have him and his family committed to the Firebirds moving forward.”

Uba, a native of Kitchener, Ont., was heavily recruited with NCAA options before choosing to continue his hockey and academic development in Flint. The 5-foot-11, 190-pound right-winger has notched 21 points (8G, 13A) in 37 games with the Wellington Dukes of the Ontario Junior Hockey League (OJHL) this season. Prior to playing with Wellington, Uba amassed 62 points (28G, 34A) in 40 games with the Ayr Centennials (PJCHL). He played his AAA youth hockey with the Kitchener Jr. Rangers, racking up 42 points (17G, 25A) in 33 games.

“It’s a great feeling, I dreamt of playing in the OHL as a kid and now it’s a reality,” said Uba. “The Firebirds’ organization has been great from day one. They’ve always treated me like a pro and I’m very thankful to be part of this team now.”

Uba, was selected by the Firebirds in the ninth-round, 164th overall in the 2016 OHL Priority Selection. He joined the Firebirds for practice Wednesday and will wear jersey number 17.

The Firebirds return home to the Dort Federal Event Center Thursday, Dec. 28 against the London Knights. Thursday’s game at 7 p.m. marks the fourth “College Night” this season, featuring $2 beers and $2 hot dogs for all fans in attendance. All college students with valid identification will also receive $2 off admission.