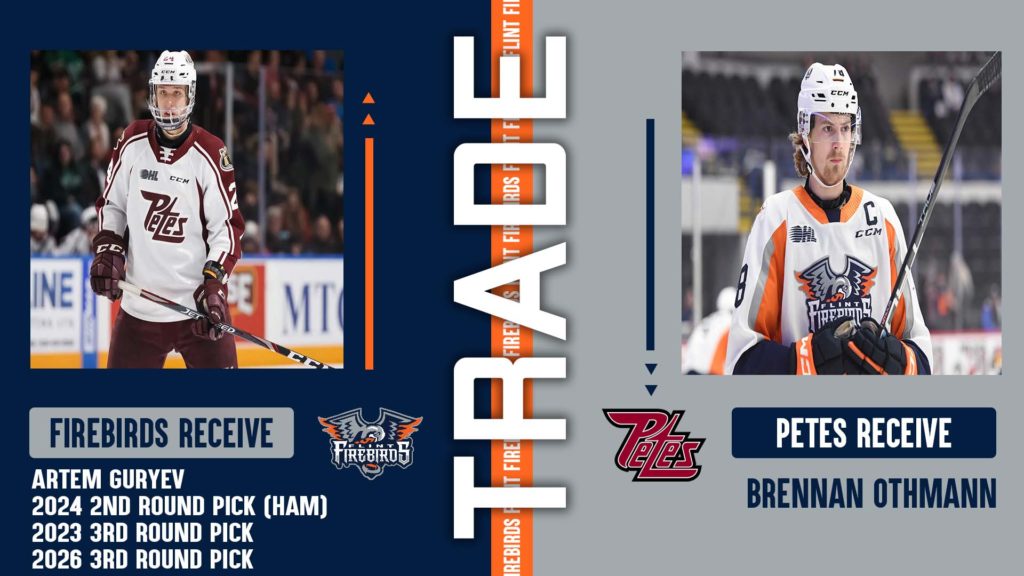 Flint, Mich. – The Flint Firebirds announced today they have acquired defenseman Artem Guryev, a 2024 2nd round pick (owned originally by Hamilton), a 2023 3rd round pick and a 2026 3rd round pick for forward Brennan Othmann.

“We’re happy to welcome in Artem to the Flint Firebirds,” Head Coach and General Manager Ted Dent said. “He’s a big defenseman with a lot of skill and toughness that we believe complements our team well.”

“We’d like to thank Brennan for everything he did for us here in the Flint Firebirds organization,” Dent said. “He was a cornerstone piece of this franchise since being selected as the 2nd overall pick back in 2019 and his accomplishments here were record-breaking. We wish him nothing but the best the rest of the way in his hockey career.”

Firebirds Defeat Spitfires 4-3 as Day, Slavicek Play Hero in the Shootout
7 hours ago