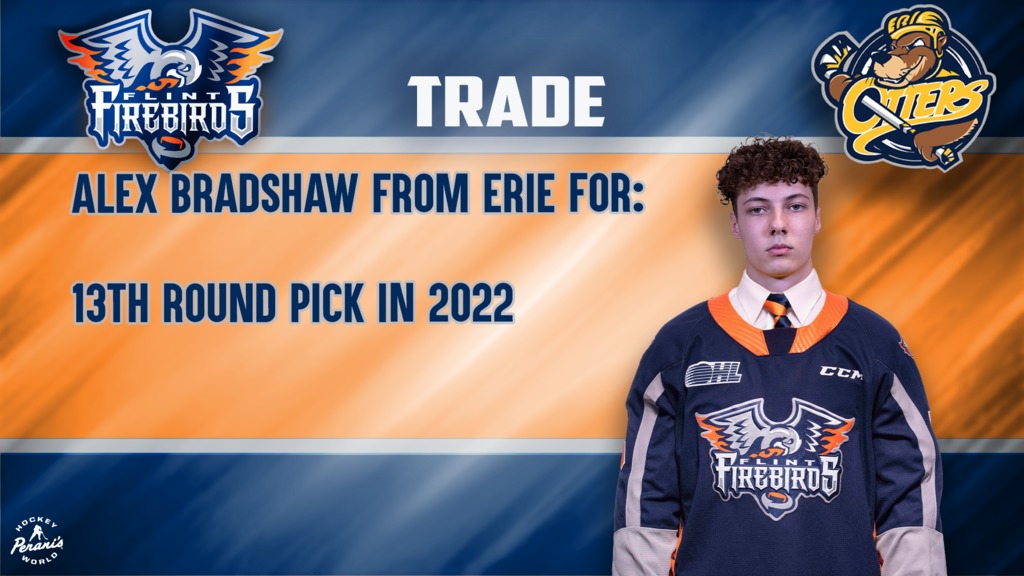 Flint, Mich. – The Flint Firebirds announced today a trade to acquire forward Alex Bradshaw from the Erie Otters in exchange for a 2022 13th round pick.

“Alex brings good size and offensive ability to our lineup scoring almost a goal-per-game in the NOJHL,” President of Hockey Operations Terry Christensen said. “We’re encouraged with him as a young player and happy to have added a little bit of depth to our forward group.