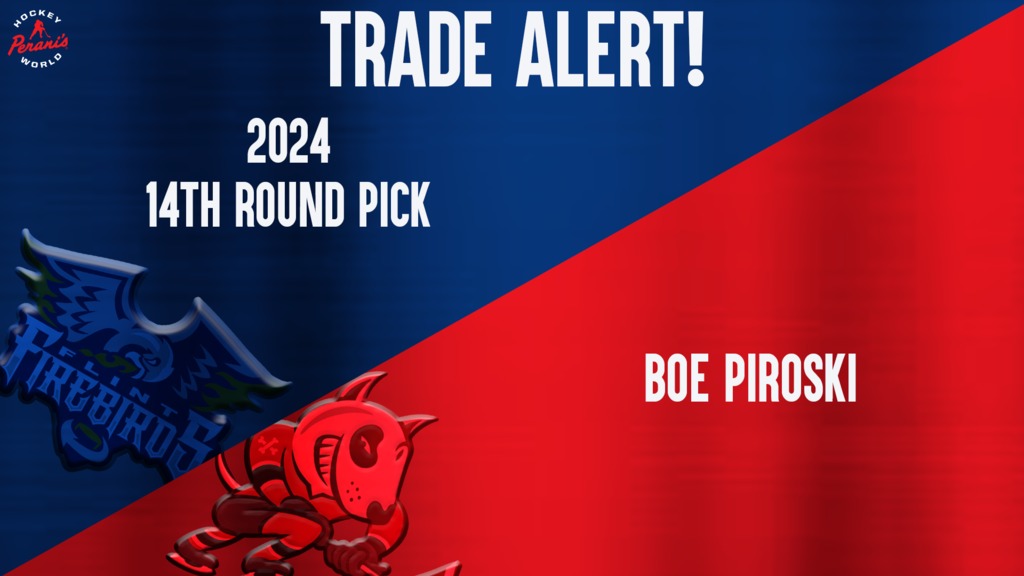 Flint, Mich. – The Flint Firebirds announced today the acquisition of goaltender Boe Piroski from the Niagara IceDogs in exchange for a 2024 14th-round pick.

“We’re happy to be welcoming Boe to the organization,” Head Coach and GM Ted Dent said. “He helps solidify our goaltending depth and we look forward to getting started with him.”

Piroski was a first-round pick (#20 overall) in the 2021 OHL U18 Draft. He has spent the last two years with the Leamington Flyers, the Flint Firebirds affiliate in the Greater Junior Ontario Hockey League (GOJHL). In 19 GP for Leamington, Piroski is 13-4-0 with a 2.35 GAA and .930%.

Prior to his time in Leamington, he played for the Sun County Panthers U16 and U15 programs. The 6-foot-2, 190-pound netminder is a native of Essex, Ont.

The Firebirds kick off the preseason tomorrow night in Windsor. Their preseason home opener will take place on Sunday, September 11 at 4:00 p.m. against the Windsor Spitfires at Flint Iceland arena. Tickets are free for all season membership holders and $10 cash only for the general public.