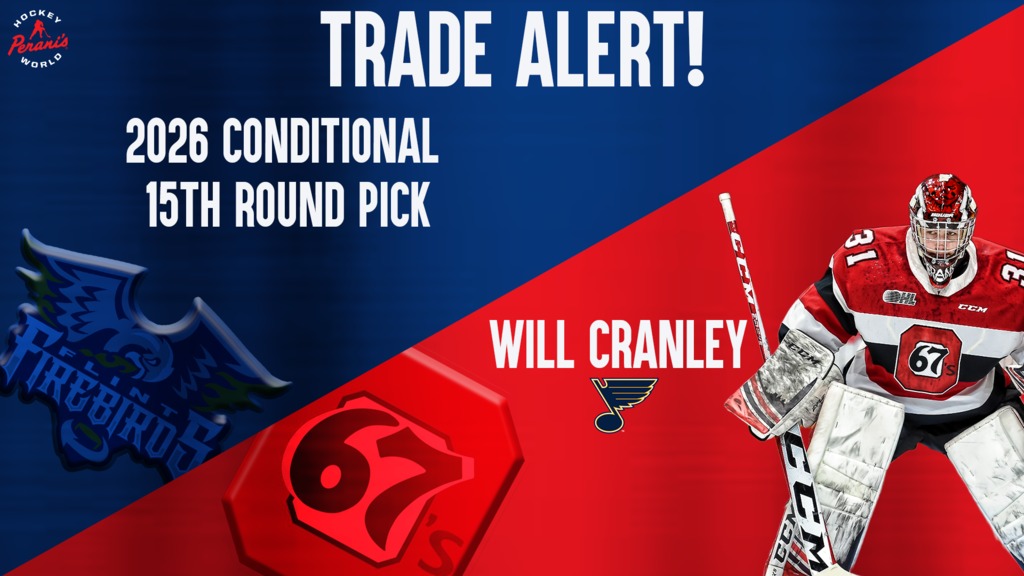 Flint, Mich. – The Flint Firebirds announced today a trade to acquire goaltender Will Cranley, who has been drafted and signed by the St. Louis Blues, from the Ottawa 67s in exchange for a conditional 2026 15th-round pick.

“Will Cranley is a great veteran goaltender in this league that comes to us with pro experience,” GM and Head Coach Ted Dent said. “We are happy to welcome him to the Flint Firebirds organization.”