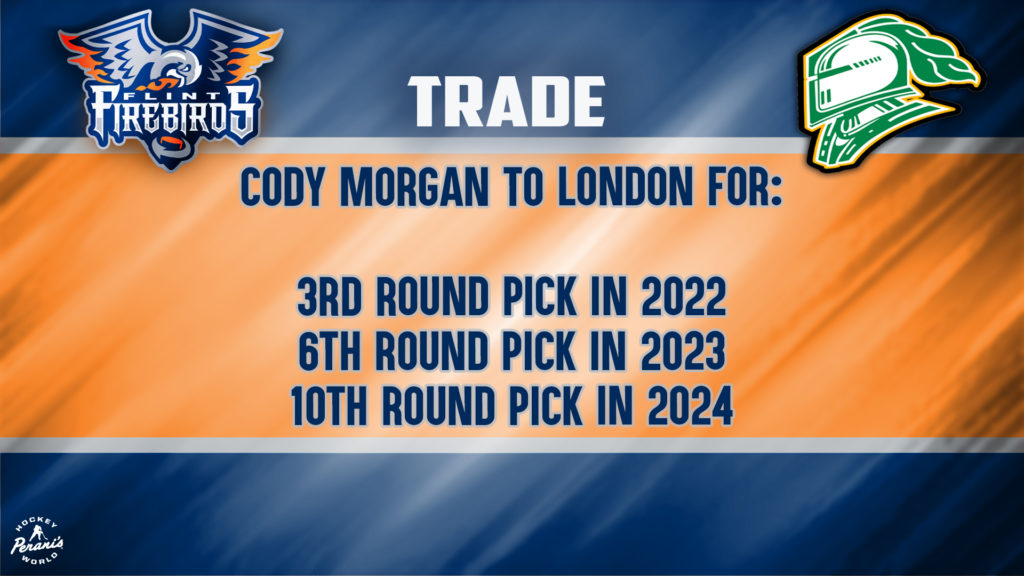 Flint, Mich. –  The Flint Firebirds announced today they have traded OA forward Cody Morgan to the London Knights in exchange for a 3rd round pick in the 2022 Priority Selection, a 2023 6th round pick, and a 10th round pick in 2024.

“Very happy that we were able to complete a trade today with the London Knights receiving three important draft picks for Cody Morgan,” President of Hockey Operations Terry Christensen said. “We wish Cody all the best with his new team, and we look forward to utilizing the draft assets to bring in exciting new players to the Flint Firebirds.