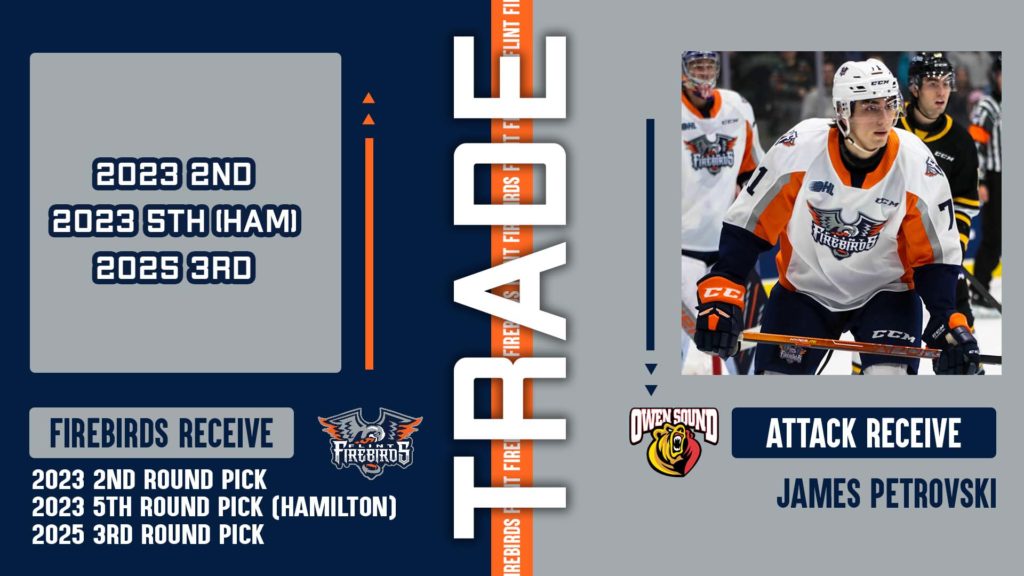 Flint, Mich. – The Flint Firebirds announced today they have acquired a 2023 2nd round pick, a 2023 5th round pick (Originally Hamilton’s) and a 2023 3rd round pick for D James Petrovski.

“We’d like to thank James for all of his hard work and dedication to the Flint Firebirds,” Head Coach and General Manager Ted Dent said. “We wish James and his family nothing but the best in the future.”

Petrovski was selected in the 2nd round (33rd overall) in the 2021 OHL Priority Selection. He leaves Flint having produced 3 G and 11 A in 73 career games played with the Firebirds.