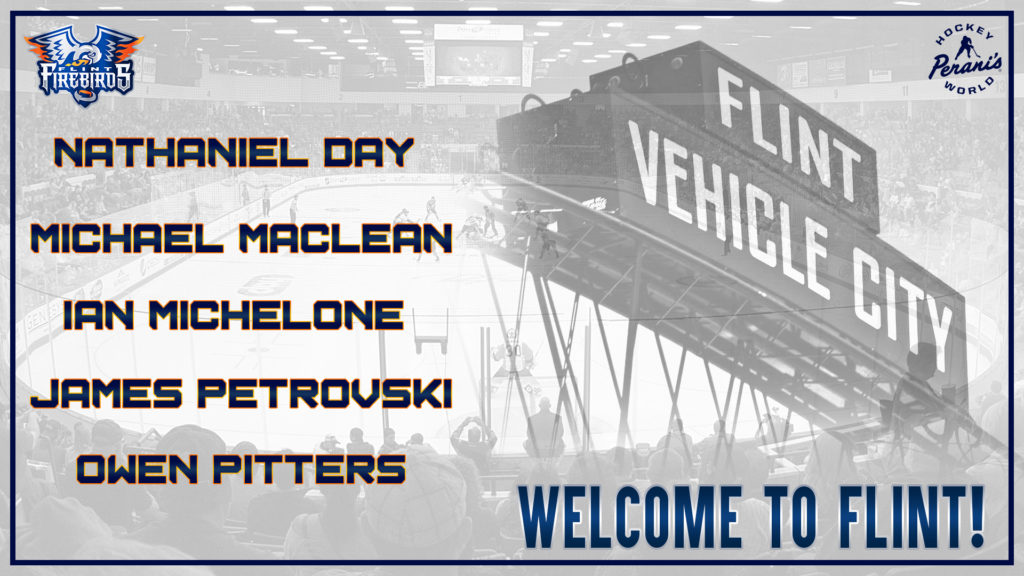 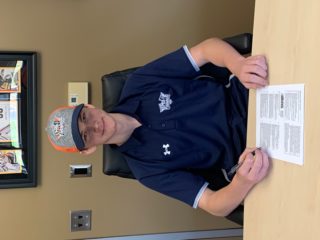 “Our whole objective with our 2021 draft was to build our team through the middle and Nathaniel Day is certainly a big part of that,” President of Hockey Operations Terry Christensen said. “He (Day) came into camp in great shape and has played well so far. He has a bright future in the OHL.”

Day was drafted in the 3rd round (#57 overall) by the Firebirds in the 2021 Priority Selection draft. He has spent the last few seasons from the Niagara North Stars of the South Central Triple-A (SCTA) hockey league. Most recently he had a 3.78 GAA in 20 GP during the 2019-20 season.

“It feels amazing,” Day said. “This is everything I dreamed of. I was honored to be given this opportunity by Terry and the Firebirds organization, and I’m looking forward to getting the season started.”

The netminder stands at 6-foot-0, 165-pounds and will wear number 31 this year for the Firebirds. 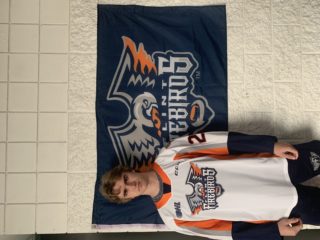 “He (MacLean) was a big surprise during camp, but his work ethic stood out,” said Christensen. “Michael brings in good size to our defense and has worked tirelessly at getting better.”

MacLean stands at 6-foot-5, 201-pounds and played the last two years in the Saskatchewan AA Hockey League (SAAHL). The Manotick, ON native, produced 8 points (1 G, 7 A) in 33 GP for the Notre Dame Hounds U18.

“I would like to thank Terry and the organization for giving me this opportunity,” MacLean said. “I’m looking forward to the season and ready to put in the work for the team.”

MacLean was selected in the 3rd round (#43 overall) in the 2021 OHL U18 Draft. The left-handed defenseman will wear number 21 for the Firebirds this year. 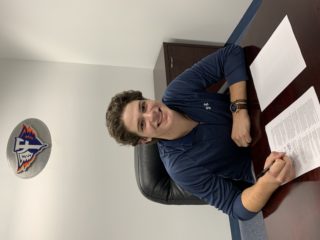 “Similar to Michael, we didn’t know much (about Ian) coming into camp and he really surprised us,” Christensen said. “He’s a very intelligent player, a good student and has a great work ethic. We feel he has a bright future in the OHL.

“The Firebirds have given me a great opportunity and I’m excited to take advantage of it,” Michelone said. “I am looking forward to getting the show on the road and to do everything I can to help the team win this upcoming.” 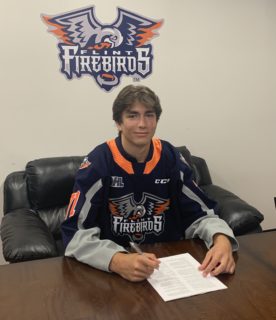 “We were all very surprised that James was available (in the second round), we felt that he was one of the Top 3 defensemen out there (in the Priority Selection),” said Christensen. “He brings size to our back end and with experience over time, we feel he will become a very good defenseman in this league.”

Standing at 6-foot-3, 190-pounds, Petrovski was the Firebirds’ second-round pick (#33 overall) in the 2021 Priority Selection. The Mississauga, ON native has spent the past few seasons with the Toronto Titans AAA of the Greater Toronto Hockey League (GTHL), most recently for the U15 Titans during the 2019-20 where he put up an impressive 23 Pts. (10 G, 13 A) in 32 GP. He finished 2nd among GTHL U15 defensemen in both goals and points.

“It feels really good,” Petrovski said. “I’ve always wanted to play in this league. Now that I’m here, I want to help make this team a winning team.”

The left-handed defenseman plans on wearing #71 with the Firebirds. 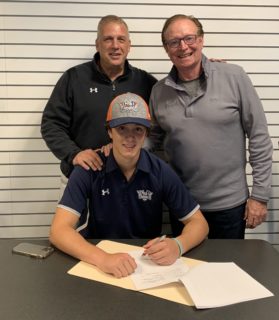 “Like with many of our players, Owen has worked hard every single day in camp and has earned himself this opportunity,” said Christensen. “He wants to be an OHL player and has done everything he possibly can to fulfill that dream.”

Pitters is a native of Chesterfield, Mich. The forward played five games last season with Compuware U15 AAA where he added a goal in a limited season due to COVID-19.

“I want to say thank you to my family, everyone around me and Terry for this opportunity,” said Pitters. “It’s everything I’ve been working for and I’m super excited to be here. I look forward to getting better and helping the team win.”

Up Next: The Firebirds return to game action as they head to Erie, Pa. to take on both the Otters (Thursday, Sept. 16 at 7 PM) and the Saginaw Spirit (Friday, Sept. 17 at 7 PM) in exhibition action. Follow the Firebirds across all social media platforms for live updates and highlights from their games.