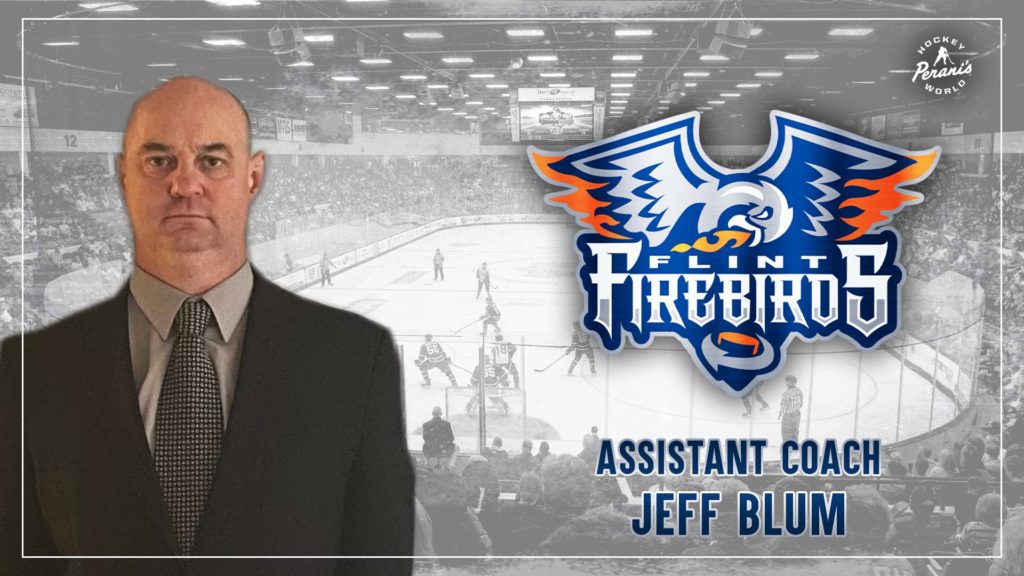 “We are happy to add Jeff to our staff,” Head Coach and interim General Manager Ted Dent said. “We are looking forward to all working together as a group to build on the success we’ve had so far this year.”

Blum comes to Flint after a decade-long playing career between the NAHL, NCAA and most notably with the UHL with the Port Huron Border Cats.

“I played in this building some 25 years ago against the (Flint) Generals and wow is this building different,” Blum said. “(Owner Rolf Nilsen) has done an unbelievable job here.”

After his playing career Blum went on to coach for the Border Cats before being named the Director of Player Development for the Port Huron Fighting Falcons. He then spent two seasons behind the bench in the OHL for the Saginaw Spirit before joining Brian Rolston on staff as an assistant coach with the Detroit Jr. Red Wings.

The Firebirds conclude their final 13 games of the regular season starting Friday night at home vs. the division rival Soo Greyhounds. Tickets can be purchased on Etix HERE or at the Dort Financial Center Box Office.