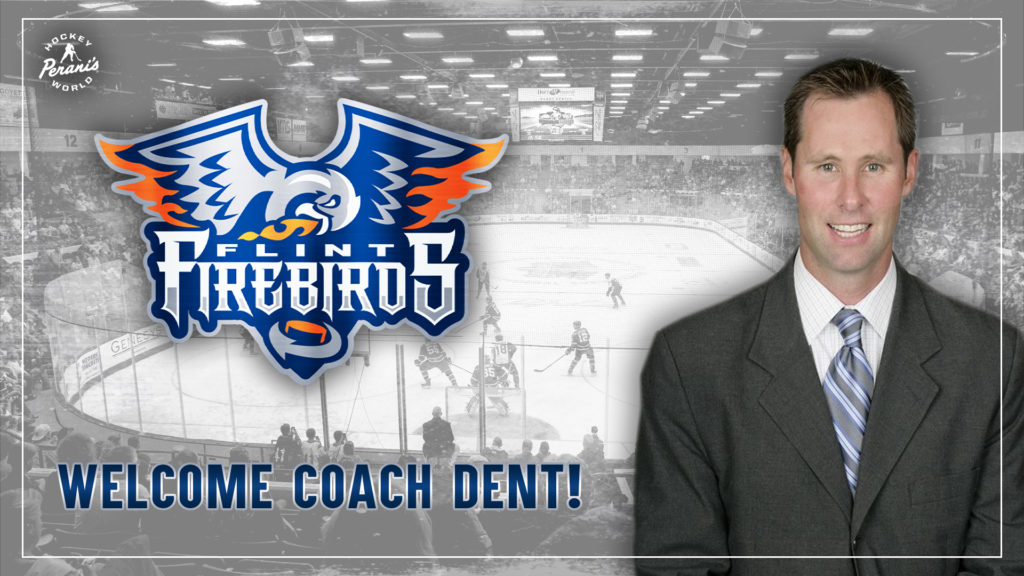 “The Flint Firebirds are excited to announce the hiring of the most experienced and successful coach we’ve had here,” President of Hockey Operations Terry Christensen said. “Ted Dent brings a strong work ethic and dedication we need as we strive for continued success here in Flint.”

Dent brings decades of experience in hockey, player development and a championship pedigree to Flint. Most notably, Dent spent eleven years with the Rockford IceHogs of the American Hockey League. He started as the IceHogs assistant coach in 2006, before being promoted to team’s head coach in 2011, a position he held for the next six years.

During his time in Rockford, Dent coached and developed nearly two dozen players who helped the Chicago Blackhawks win three Stanley Cups. He is the all-time winningest coach in IceHogs history with 223 wins and has coached players such as Dustin Byfuglien, Niklas Hjalmarsson, Teuvo Teravainen, Andrew Shaw, Bryan Bickell and Corey Crawford.

“My experience in the AHL was great,” said Dent. “I got to help develop, mentor and coach young, professional athletes to help them achieve their goal of making the NHL.”

Since leaving Rockford, Dent became the associate coach of the Niagara IceDogs for the 2017-18 season, before becoming a pro scout for the Arizona Coyotes.

“I’m grateful for the opportunity that Rolf and Terry are providing me,” said Dent. “I get to bring my experience and passion for the game to the Flint community to help develop these young players on and off the ice.”

Dent played Division 1 hockey at St. Lawrence University from 1988-92. He spent the next four years playing professionally in both the CHL and ECHL.

After his playing career, he became the Washington Capitals video coach from 1999-04. From there, he made it back to the ECHL becoming an assistant coach with the Trenton Titans, helping them win the Kelly Cup in 2005, before becoming head coach of the Columbia Inferno from 2005-06.

“It’s a tremendous honor,” said Dent. “I’m excited to get started and to maintain all the continued success here in Flint.”