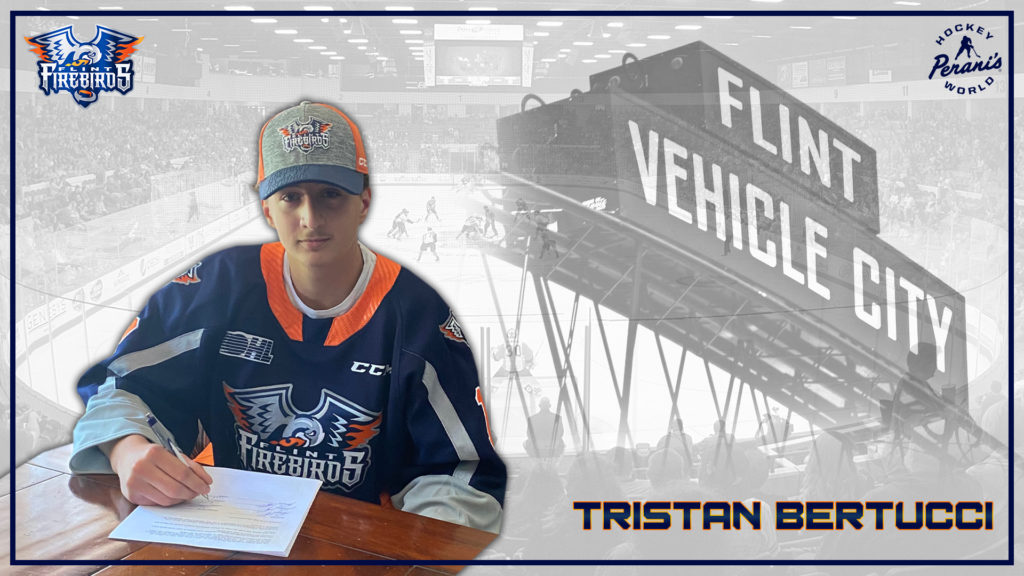 “We are very excited and happy that Tristan Bertucci has committed to the Firebird hockey club,” President of Hockey Operation Terry Christensen said. “He has great potential to become an elite defenseman in the OHL and we can’t wait to get him here for Training Camp.”

Bertucci, the Firebirds first-round pick (7th overall) in the 2021 OHL Priority Selection, has spent his last two seasons with the Toronto Marlboros of the Greater Toronto Hockey League (GTHL).

“It’s a great feeling,” Bertucci said. “They just hired a great coaching staff with tremendous experience and I’m thrilled to be joining the Firebird organization.”

“Getting drafted has only made me work harder,” said Bertucci. “I’m still continuing to work out and train on the ice while concentrating on my strength and conditioning off it. I can’t wait to get started.”

#OHLDraft Prospect Profile: Equipped with a complete two-way game, good hockey IQ and impressive composure with the puck, 6-foot-2 Toronto Marlboros defenseman Tristan Bertucci is set up for a smooth transition to the OHL.

The King, ON native plans to wear number-12 with the Firebirds.