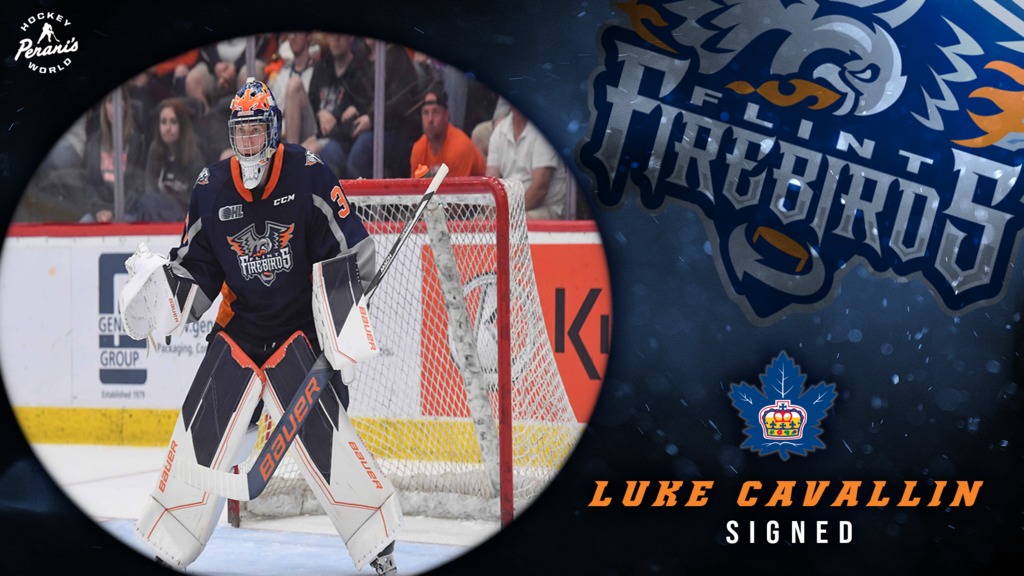 “I’m excited to take this next step,” Cavallin said. “I haven’t really soaked it all in yet but I am excited to get going. It’s such an honor to be joining such a great organization in Toronto and I’m looking forward to the future with them.”

Cavallin finished his career with Flint by leading the Ontario Hockey League (OHL) in wins during the regular season with 36. He capped off a year in which he set 12 new franchise records by leading the OHL in SV% during the playoffs at .929%. In his first full year as a starter, Cavallin went 36-14-4 with a 3.16 GAA and .910%, finishing in the Top 10 in all major goaltending categories.

“I want to thank the entire Flint Firebirds organization, my family, my agency, all who helped get me to this point,” Cavallin said. “There are so many people that got me this far and just so thankful for everyone. I owe them everything.”

“We are very happy for Luke (Cavallin) on signing with the Toronto Marlies,” Interim General Manager and Head Coach Ted Dent said. “Luke was the ultimate professional for us this year. It was an absolute pleasure coaching him, and he has helped lay the foundation for Firebird hockey for years to come.”

The Greely, Ont. native spent his entire career with the Flint Firebirds after being drafted in the Second Round (28th overall) of the OHL Priority Selection draft back in 2017. Prior to being drafted in Flint, he played for the Kemptville 73’s U18 AAA. He played in 143 career games with Flint, the most by any goaltender.