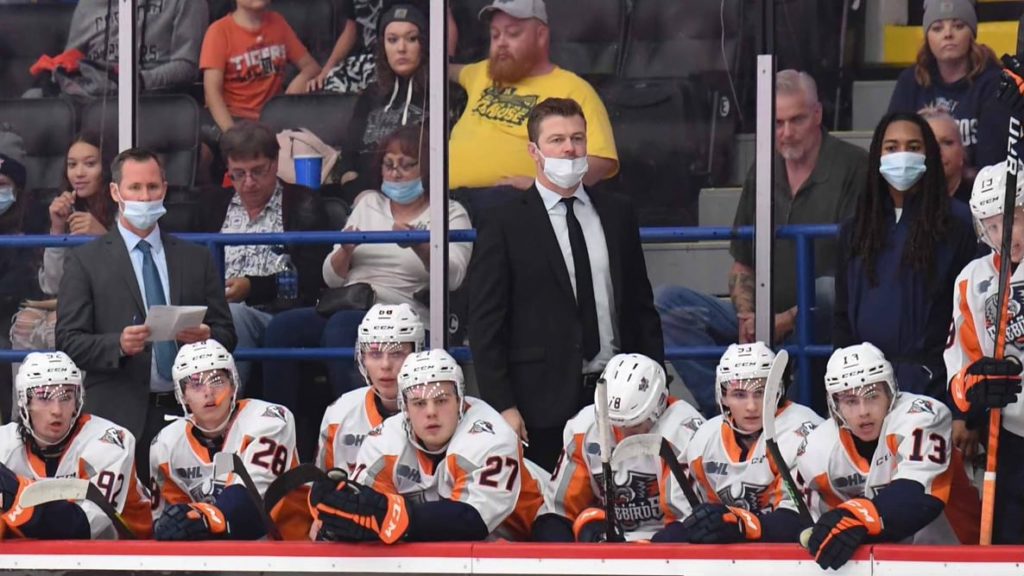 Flint, Mich – The Firebirds announced today that assistant coach Jared Nightingale has been promoted to be the assistant coach for the American Hockey League (AHL) Rockford IceHogs.

“I’d like to thank Rolf, Terry, Ted, and the whole Firebird organization for supporting me in this decision to further my coaching career,” Nightingale said. “It speaks to their character to give me their blessing as the season has already started. This is the best decision for my family and career.”

“We are very happy that Jared Nightingale has been offered this opportunity,” President of Hockey Operations Terry Christensen said. “It is the goal of our franchise to see not only our coaching staff but our players fulfill their dream of working at the highest level in hockey possible. When we hired Jared last summer, we knew that we were getting a very talented coach and this is no surprise that he has been given this opportunity.”

Nightingale spent 13 seasons between the AHL and ECHL playing close to 700 games professionally before joining the Lancers. He had served as the Firebirds’ assistant coach since June.

“Jared has been a very dedicated and hard-working member of our Firebird hockey family,” Governor Rolf Nilsen said. “I would like to thank him for his dedication and we wish him and his family the very best as he continues pursuing his goal of one day coaching in the National Hockey League.”