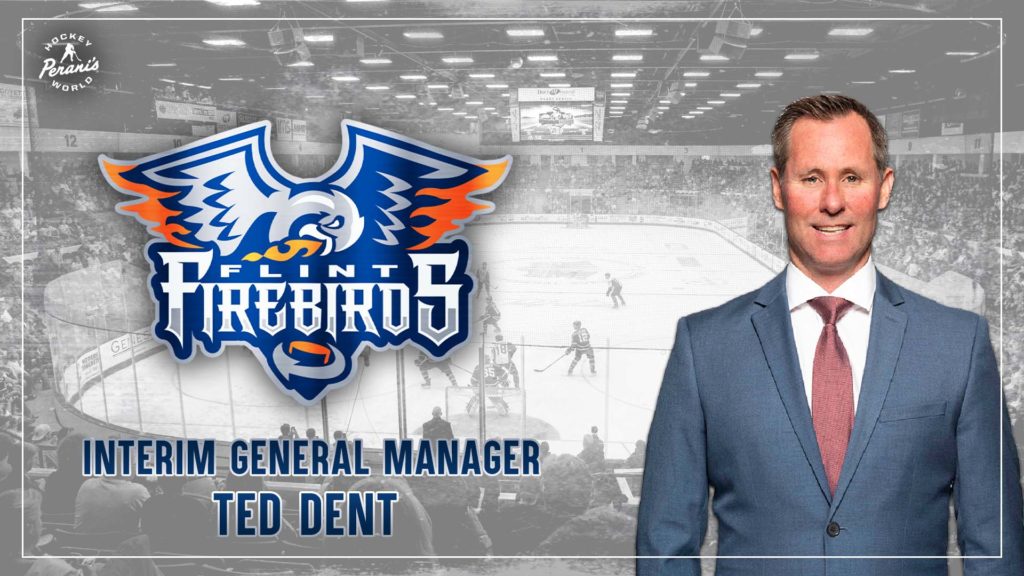 Flint, Mich. – The Flint Firebirds announced today that Ted Dent has been named as the team’s interim General Manager while continuing his role as head coach.

“Ted has done a fantastic job this season as head coach,” Governor Rolf Nilsen said. “We are very confident in his ability to fill this role, and look forward to what is in store for this team down the stretch under his continued leadership.”

Dent has the Firebirds off to their best season in franchise history. The team currently is 34-16-1-3 and sits in first place in both the Western Conference and West Division.

Dent was named as head coach in Flint back in June of 2021. He brought in decades of experience in player development from his time in pro hockey, including eleven years with the Rockford IceHogs of the American Hockey League. He started as the IceHogs assistant coach in 2006, before being promoted to head coach in 2011, a position he held for the next six years. Dent was a part of the Chicago Blackhawks organization when they won three Stanley Cups in the 2010s. He is the all-time winningest coach in IceHogs history with 223 wins.

The Firebirds conclude their final 13 games of the regular season starting Friday night at home vs. the division rival Soo Greyhounds. Tickets can be purchased on Etix.com or at the Dort Financial Center Box Office.