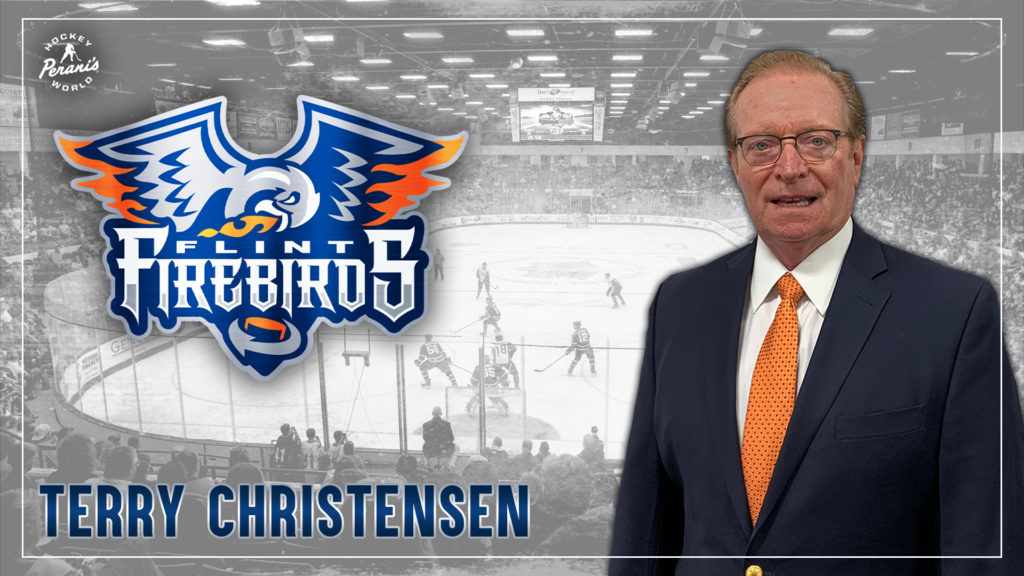 Flint, Mich. – The Flint Firebirds announced today the hiring of Terry Christensen as the team’s new President of Hockey Operations.

“We are pleased to have Terry join the Flint Firebirds,” said team President Jeremy Torrey. “Terry brings a wealth of knowledge and experience to our Hockey Operations’ staff. With Terry’s leadership, we look forward as a franchise to building off last season’s success.”

Throughout his career, Terry has coached hockey at elite levels for more than 30 years. His coaching experience includes NCAA Division I, USA National Jr. Team Program, Czech National Jr. team program, along with professional hockey as an Assistant Head Coach and Director of Player Personnel.

“I am very excited for the opportunity to work in the best developmental league in the world for the NHL,” Christensen said. “I would like to thank owner Rolf Nilsen for this assignment and look forward to working with our General Manager Barclay Branch and the entire hockey operations staff to build on the foundation they have established.”

During Christensen’s career, he has worked with some of the best coaches in the game including Hall of Fame Coach Ron Mason at Michigan State, George Gwozdecky, former Assistant Coach with the Tampa Bay Lightning and Head Coach of Denver University, and the late Dave Peterson who was a Head Coach for several USA Hockey Olympic and National Teams.

Also in the past, Christensen has spent time in NHL development camps working with coaches such as Mike Keenan, Bryan Murray and former Columbus Blue Jackets General Manager and President Doug MacLean. His primary responsibilities were the evaluation and development of skating skills.

“Last year was a major step forward for the Flint Firebirds’ franchise as they had their most successful season thus far,” said Christensen. “Like every team in the OHL, it is our goal to win a league championship. I look forward to the challenges and the hard work ahead to achieve that.”