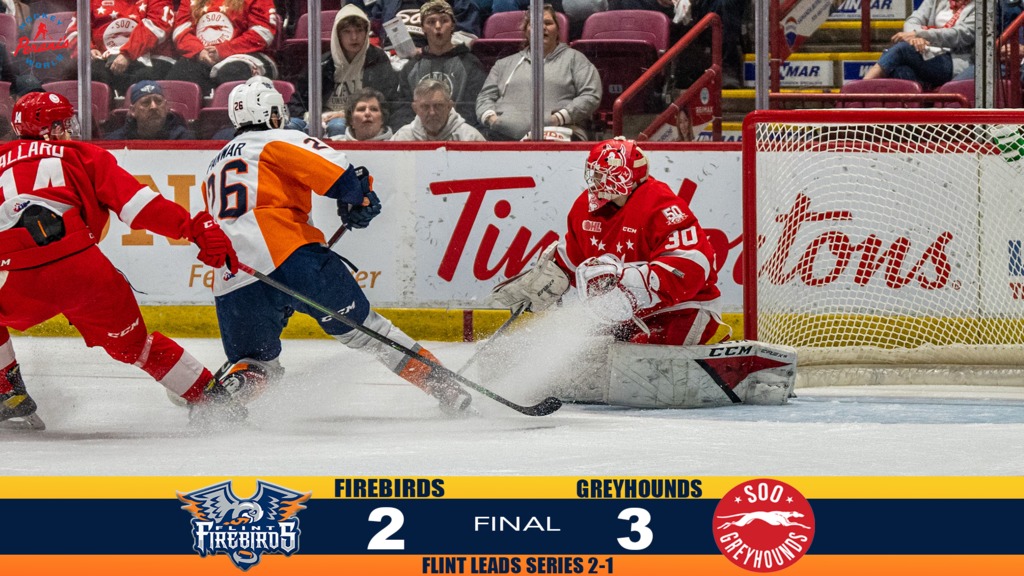 Sault Ste. Marie, Ont. – The Firebirds rallied in the second half of the game, but came up short in a 3-2 defeat to the Greyhounds at GFL Memorial Gardens Tuesday. For the first time in the series, Soo’s top goaltender Tynan Tucker backstopped his Greyhounds against Luke Cavallin and the Firebirds. Tucker made 29 saves on 31 shots for his third postseason victory, earning ‘Second Star’ accolades for his efforts. Across the ice, Cavallin stopped 26 of 29 shots and held the Greyhounds scoreless in the final two periods of play. For Sault Ste. Marie, Rory Kerins (Calgary Flames), who led the Soo in scoring during the regular season, scored his first of the playoffs and was named ‘First Star.’ Gavin Hayes scored both Flint goals, and was declared the ‘Third Star.’

The Hounds controlled the majority of the first period of play. The scoring kicked off immediately following a big hit by the Sault Ste. Marie forecheck in the Flint end. Caeden Carlisle gathered the loose puck and fed Kalvyn Watson centered above the offensive circles. Watson found Jordan D’Intino wide open skating toward the slot from Cavallin’s right. After receiving the pass, D’Intino would hesitate before lifting the puck backhand high to the blocker side for his second of the playoffs at even strength, scored at 4:57.

Another solid effort on the forecheck by Rory Kerins resulted in a turnover and an open lane for him to use against Cavallin. He carried from near the left point to the top of the hash marks unabated, then hit the top corner with a wrist shot for his first of the postseason, unassisted at 10:10.

Two minutes later, and with the man-advantage, Kirill Kudryavtsev sprung Bryce McConnell-Barker up the right-wing side of the neutral zone and across the blue line. From near the right offensive faceoff dot, he shot low to the far pad, resulting in a rebound to Tyler Savard in the right circle. Savard’s one-timer hit the open net behind Cavallin for goal number three at 12:26.

Flint received two power-play chances late in the frame, including a 13-second 5-on-3 opportunity in the overlap, the Soo’s penalty-kill units kept them off the scoreboard. First-period shots were 13-10 in the Greyhounds’ favor. Faceoffs ended tied at nine per side. The Firebirds went scoreless on two power plays, while Sault Ste. Marie scored on their lone man-advantage opportunity.

Despite the Hounds controlling most of the middle frame as well, Cavallin turned away everything sent his way. Flint finally lit the lamp on one of three power plays in the second, with less than four minutes to play in period two. Dmitry Kuzmin (Winnipeg Jets) passed across the points from the right side to Gavin Hayes on the left. Hayes pinched into the top of the left circle before sending a wrist shot into traffic in the slot. The puck found the top corner glove-side on Tucker for Hayes’ second of the playoffs at 16:39, assisted by Kuzmin and Sahil Panwar. Second-period shots ended at 12-8, advantage Firebirds. Sault Ste. Marie outdrew the Birds 12-11 and played the middle 20 minutes without a man-up situation.

The third period showed plenty of promise for a Flint comeback. The Firebirds spent more time in their offensive zone, with more disciplined passes in all three zones. Cavallin came up huge after two Birds collided at their offensive blue line, resulting in a 3-on-0 rush the other direction for the Greyhounds. Cavallin’s glove kept his team down by a pair with 12 minutes to go, and momentum seemed to tilt even more in Flint’s favor.

Near the eight-minute mark, Braeden Kressler (Toronto Maple Leafs) took a pass from Luca D’Amato near the left point and won a brief battle along the boards. He skated away from the wall with possession, making a bee-line toward the slot. Kressler then wrapped a pass around his defender back to Hayes near the left faceoff dot. Hayes launched a quick snapshot that beat Tynan for his second of the night at 12:09.

As Cavallin began to leave his crease for the bench near the two-minute mark, a penalty was assessed to the Firebirds. Flint’s penalty kill got the job done, and Cavallin did skate to the bench with just over 30 seconds remaining. But even with the extra body, the Birds were unable to put the tying goal past Tynan.

Final shots ended at 31-29 with Flint on top. The Soo outdrew the Firebirds 37-25 through 60 minutes. Flint ended 1-for-5 on the power play, while the Greyhounds ended up scoring once on two chances.

Next Up: The Firebirds will remain in Sault Ste. Marie for Game 4 on Thursday evening. Fans can follow all the action on the radio throughout Flint & Mid-Michigan on US 103.1 FM, online at www.us103.com, or by downloading the US 103 app here. Jack Sznewajs will call the play-by-play action on the Firebirds Hockey Network (FHN). Puck drop is set for 7:07 p.m. (ET). Game five of the series will return to Flint Saturday. Puck drop for the fifth game will be 7:00 p.m., and tickets will be available beginning tomorrow at 11:00 a.m. online on ETIX, in person at the Dort Financial Center box office, or by calling (810) 744-0580. Follow flintfirebirds.com for details and availability of Game 5 tickets. 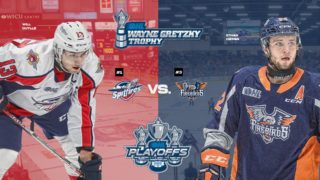 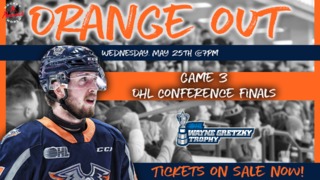