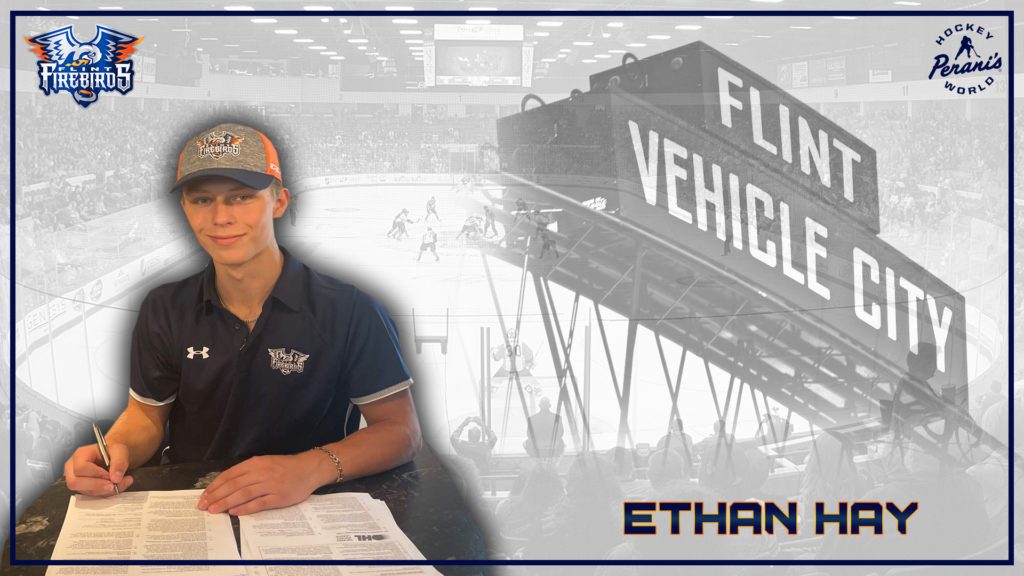 “We are excited that we were have received a commitment from Ethan (Hay),” President of Hockey Operations Terry Christensen said. “He’s going to help bolster our center-ice position and we are looking forward to getting him to Flint for training camp.”

Hay, the Firebirds third-round pick (46th overall) in the 2021 OHL Priority Selection has been with Waterloo Wolves AAA program for the last several years.

“I’m so honored to now be a part of such a great organization,” Hay said. “Flint does an amazing job at looking after and developing their players. I can’t wait to get started.”

“I think this (Flint) is a great fit for me,” said Hay. “I am striving to be an impact player for the Firebirds.”

The Waterloo, ON native stands at 6-foot-1, 185-pounds and will wear number-68 for the Firebirds this season.

“We feel it is important to add size and skill to our lineup,” Christensen said. “Ethan fits that mold perfectly and will be an important addition to our roster.”