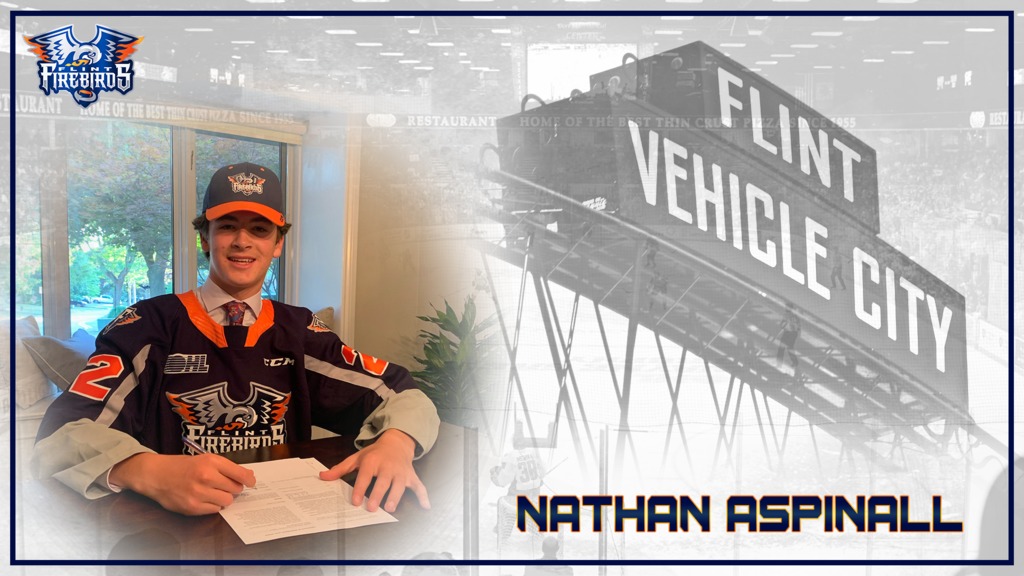 “We’re happy to be welcoming Nathan and his family into the Flint Firebirds organization,” General Manager and Head Coach Ted Dent said. “He’s a big forward that was a huge part of his team this year and we believe he has a very high ceiling in this league.”

“It’s a dream come true,” Aspinall said. “I’d like to thank my parents for helping me get to where I am today. I’m so happy and so thankful for them. Ever since I was a little kid watching OHL games I’ve wanted to play in the Ontario Hockey League and Flint has welcomed me in very nicely”

The Markham, Ont. native was Prospect Pipeline’s 21st-ranked prospect heading into the OHL Draft. He elevated his game at the OHL Cup in April scoring 3 G and adding 7 A in just 5 GP.

“I love the puck on my stick. I love making plays and putting the puck in the net.” Aspinall said. “My goals are high, I set high expectations for myself. I want to come in, learn a lot and reach for the stars here in Flint.”

Scouting Report from Head Scout Mike Oliverio: “Aspinall is a cerebral player with a very high ceiling. We feel he could be one of the best players from this age group inside the opposing team’s zone. Aside from his high hockey IQ he has very good on-ice awareness. For a big body, he has a great skill set along with good hands and a good shot.”