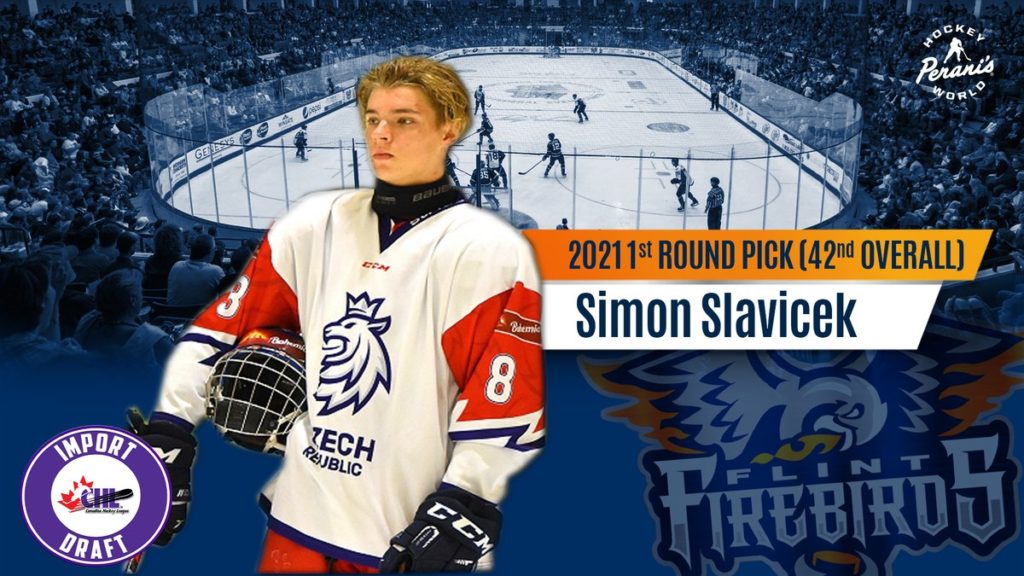 Flint, Mich. – The Flint Firebirds announced today that the club has selected Forward Šimon Slavíček as the 42nd-overall pick in the 2021 CHL Import Draft.

Slavíček is the fourth player all-time the Firebirds have drafted from the Czech Republic in the CHL Import Draft and the first since 2018. He has a chance to become the first Czech player to play for the Firebirds since Michal Steinocher during the 2016-17 season.

In total, 85 players were selected in this year’s CHL Import Draft from 15 countries. Russia led the way with 16 players drafted and the Czech Republic was right behind them with 15.

The import draft is seen as a way to raise the level of competition in the CHL, as well as to broaden its fan base while retaining high North American content.