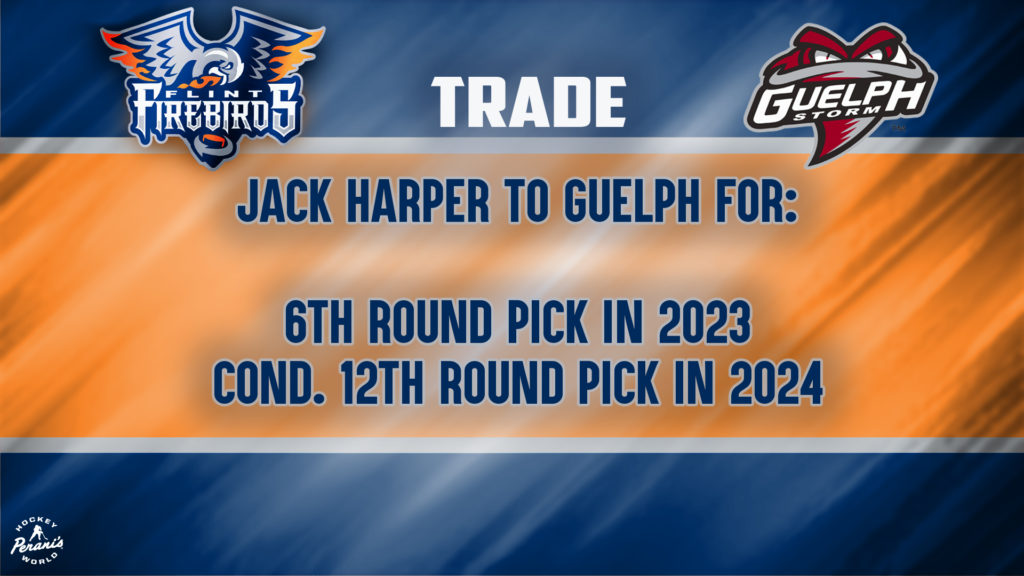 “We’d like to thank Jack for all of his hard work and contributions he made for the Flint Firebirds,” President of Hockey Operations Terry Christensen said. “We are happy we are able to trade him to his hometown team in Guelph. We wish him continued success as he moves forward with his career in the OHL. ”

Harper, a 5-foot-10, 177-pound defenseman, is a product of the Guelph Minor Hockey program. He was selected by the Firebirds in the 7th round, (#122 overall) in the 2018 OHL Priority Selection. The 2002-born right-handed defenceman played 39 games for the Firebirds in 2019-20, recording 2 assists and 4 penalty minutes.