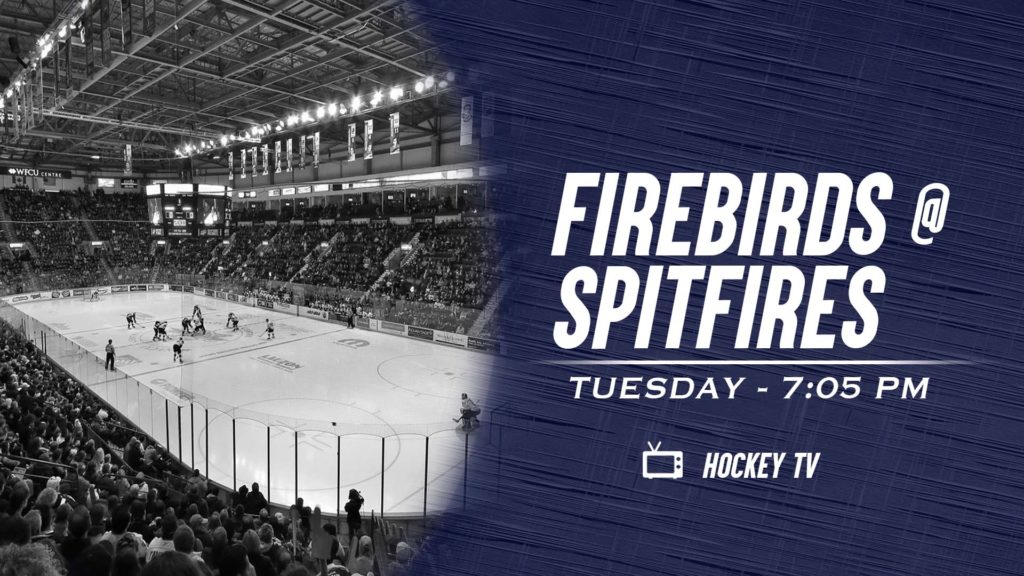 Windsor, Ont. – The seventh-ranked Flint Firebirds return to Windsor, Ont. for the third preseason game of their five-game 2022 exhibition schedule. The Spitfires claimed the 5-2 victory over Flint in Windsor on September 9. Game two was played at Flint Iceland Arena on September 11, and the Firebirds skated off with the 4-3 win. Now the stage is set for game three at the WFCU Centre tonight. Puck drop is set for 7:05 p.m. (ET) and the game will be available to be streamed on Hockey TV for free with an account.

After trailing the Spits 3-2 heading into the third period in Flint on the 11th, defender Luca D’Amato and newcomer Daks Klinkhammer each lit the lamp in the final 10 minutes of play to secure the victory. James Petrovski netted the first two goals for the Birds. Nathaniel Day backstopped the Firebirds, making 37 saves on 40 shots in his first appearance of the year. Flint outshot the Spitfires 44-40 but were outdrawn 35-30 in the faceoff circles.

Reed Gee, Flint’s third-round pick (46th overall) in the 2022 OHL Priority Selection, has finished both exhibition games with a +1 rating. He exited the most recent tilt early after dropping the gloves late in the first period. Matthew Jenken, Flint’s first-round draft pick (17th overall) in the 2022 U-18 Draft, generated two shots on goal and has since signed an Ontario Hockey League standard player agreement with the club.

The Firebirds’ young group of forwards were led by Klinkhammer, who scored his first OHL goal in the contest and later signed his Ontario Hockey League standard player agreement with the club. Nathan Aspinall and Alex Bradshaw each contributed an assist in the game, and Bradshaw also found the back of the net in pre-season game number one. Kaden Pitre, the younger brother of returning forward Coulson Pitre, won 13 of 21 faceoffs and produced five shots on net.

James Petrovski, Tristan Bertucci, and Luca D’Amato are all returning sophomore rearguards from Flint’s most successful season in franchise history. Petrovski scored twice, D’Amato had a goal and assist, and Bertucci had two assists in the most recent game. As for the sophomores up front, Owen Pitters (1 A) and Coulson Pitre (2 A) found their way onto the scoresheet. Ethan Hay participated in an altercation near the midway point of the game, forcing him to also exit the game early.

Next Up: The Firebirds will conclude the 2022 Pre-Season with a pair of games versus the Saginaw Spirit. The first of two contests will be played in Saginaw on Friday evening. The Birds’ final pre-season match will return to Flint Iceland Arena on Saturday, September 24. General Admission tickets are only $10 each and parking is free. Puck drop is set for 7:00 p.m. (ET) on the 24th.

Firebirds Defeat Spitfires 4-3 as Day, Slavicek Play Hero in the Shootout
6 hours ago