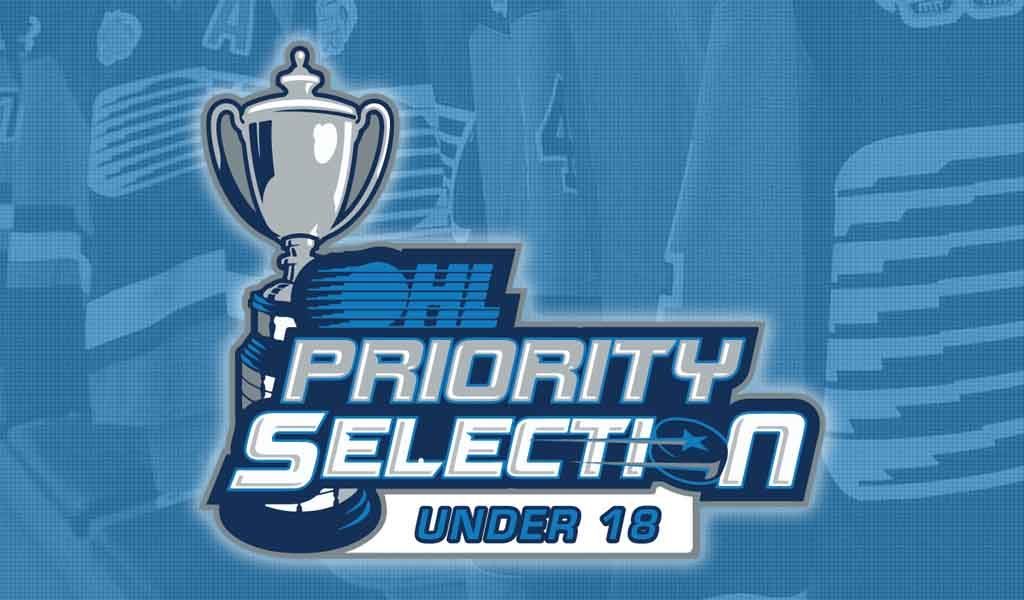 Flint, Mich. – The Flint Firebirds added three players to their prospect pool in the 2022 OHL U18 Draft on Thursday night.

With their first pick (17th overall), the Firebirds selected right-handed defenseman Matthew Jenken from the London Jr. Knights U18. The 6-foot-2, 161-pound native of Ilderton, Ont. scored 5 G and 13 A in 32 GP which was tied for the fourth-most points for defensemen in Alliance U18. Additionally, he played four games for the Stratford Warriors of the GOJHL.

Since the Firebirds selected a goaltender with one of their first two picks, they were awarded a third-round selection. With the 50th overall pick, they selected right-handed defenseman Avery Grant, also from the Oshawa Generals U18. The big 6-foot-2, 180-pound blueliner had 4 A in 26 GP in the ETAHLU18.

The concept for the OHL Under-18 Priority Selection was developed in 2017 with full support from Hockey Canada’s three Ontario Branches including the Ontario Hockey Federation (OHF), Hockey Eastern Ontario (HEO), and Hockey Northwestern Ontario (HNO), to assist in the growth of U18 AAA hockey and provide further opportunities for players at different stages of their hockey development.