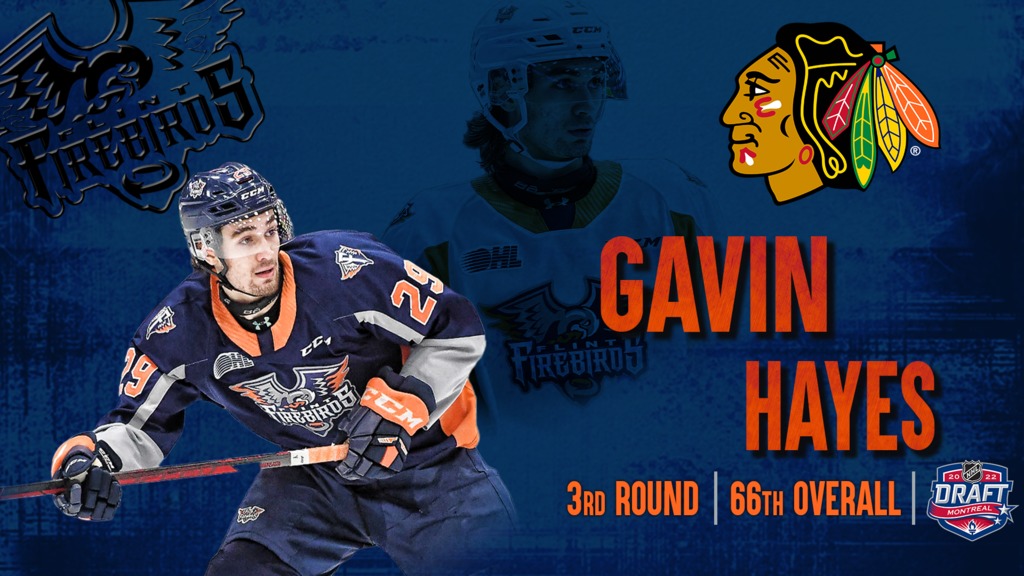 Flint, Mich. – Flint Firebirds forward Gavin Hayes has been selected in the 3rd round (#66 overall) by the Chicago Blackhawks in the 2022 NHL Draft.

The 6-foot-2 LW set franchise rookie records in a single game and season points and assists this season, finishing the year with 19 G and 30 A. His 49 points were 4th on the team and 10th among all OHL rookies. The Firebirds 1st round pick in the 2020 OHL Priority Selection draft also finished 3rd among rookies for OHL playoff points (12) and goals (5).

Hayes becomes the first Michigander selected in the NHL Draft while wearing a Firebirds uniform. Additionally, the Firebirds’ streak of having at least one player selected in every draft since the move to Flint continues.

Both Amadeus Lombardi and Simon Slavicek have a chance to hear their names called today as the NHL Draft continues on NHL Network and ESPN+ in the U.S. and on Sportsnet and TVASports in Canada.

Follow along on our 2022 NHL Draft Central page for live updates, reactions and much more!