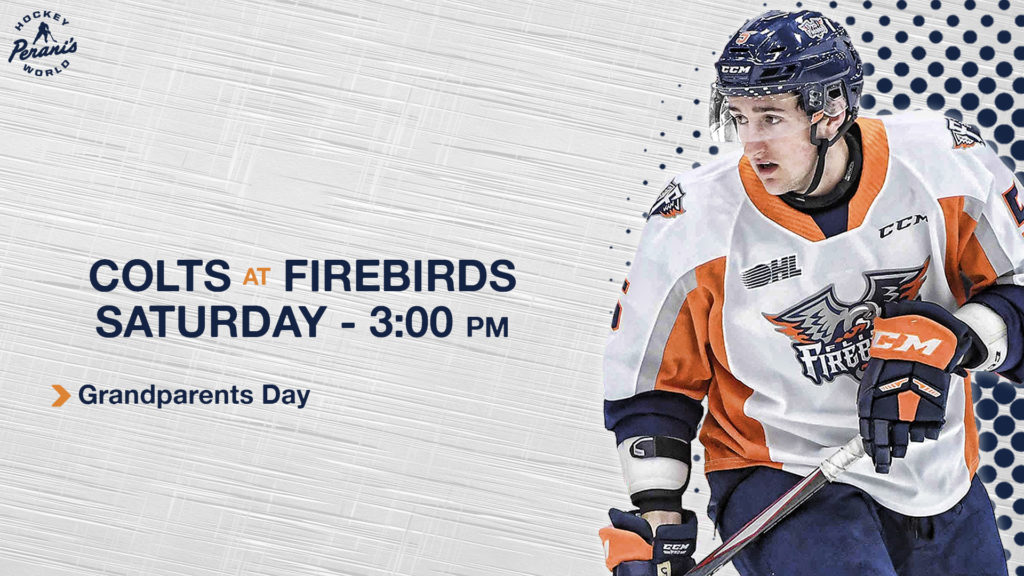 Grandparent’s day features up to two free kids tickets (17 & under) with the purchase of a paid grandparent’s ticket at the Dort Federal Event Center Box Office, starting as low as $12.

The Flint Firebirds are off to their best start in franchise history right now with a 9-3-0-0 record through their first 12 games. The Firebirds currently hold the second-best winning percentage in the 20-team Ontario Hockey League (OHL) and are the only team remaining that is undefeated on home-ice. Flint is also in the midst of a four-game winning streak and has been an honorable mention for the past two weeks in the 60-team Canadian Hockey League’s (CHL) Top-10 rankings, which are selected by a panel of NHL scouts.