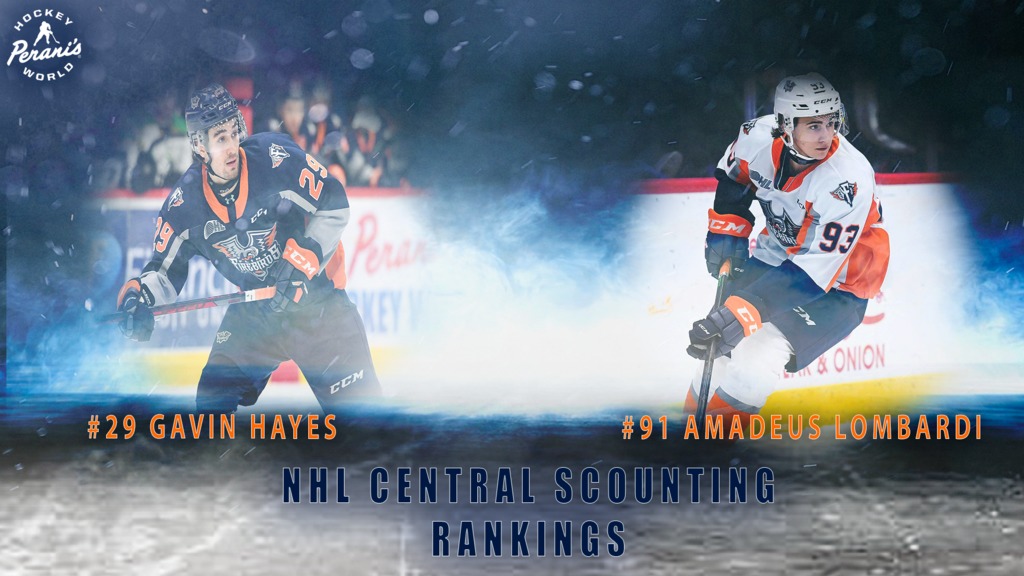 Gavin Hayes (previously ranked 68th) moved up to 51st overall for North American skaters. Hayes, the native of Westland, Mich., finished the year with 19 G and 30 A for 49 Pts, which was the 10th-best among OHL rookies. He set the single-season rookie franchise record for assists and points.

Amadeus Lombardi (previously unranked) moved all the way up to 94th for North American skaters. Lombardi finished the year second on the team in points (59) and assists (41). The former 13th-round pick of the 2019 OHL Priority Selection currently leads the team in points (8) in the playoffs with 4 G and 4 A.

The Firebirds have had at least one player selected in the NHL Draft in each of their six seasons since being a member of the Ontario Hockey League. Since Flint’s inception just seven seasons ago in 2015, the club has now had 22 drafted or NHL-signed players on its roster.