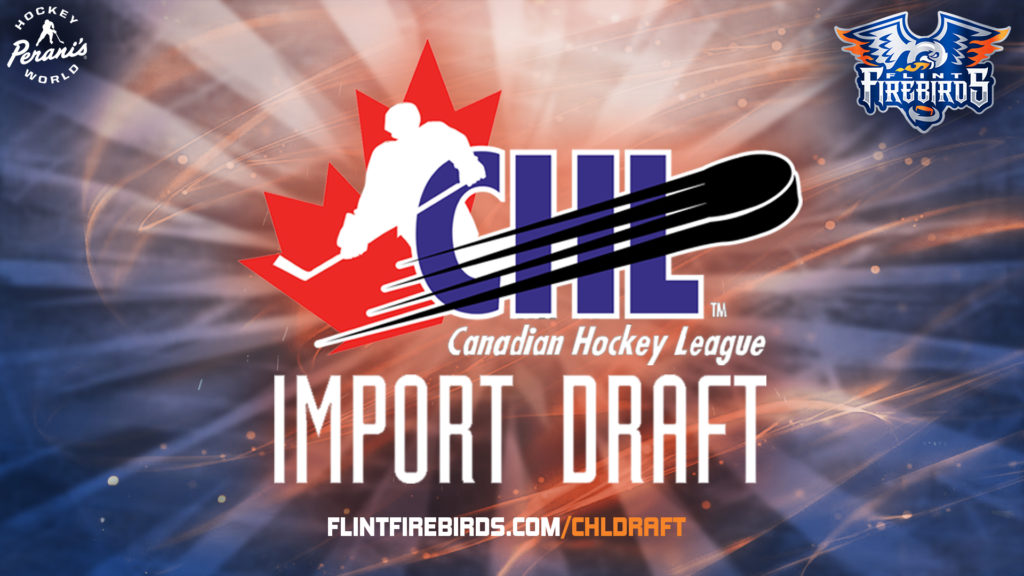 Flint is expected to select one player with the fifth-overall pick. Through the CHL Import Draft, every team in the CHL has the option to protect up to two players from outside North America to add to its roster. The two-round draft will take place online with the order of selection rotating through each of the CHL’s three leagues using an inverse order of final regular season standings within each league from the 2018-19 season.

The Ontario Hockey League (OHL), known as the premiere player development league for the NHL, is one of three major junior ice hockey leagues based in Canada and the United States that constitute the Canadian Hockey League (CHL).

The import draft is seen as a way to raise the level of competition in the CHL, as well as to broaden its fan base while retaining high North American content.

Last season a total of 77 players were selected from 12 different countries led by 16 players from the Czech Republic and consisting of 47 forwards, 23 defensemen, and seven goaltenders.

Stay tuned to FlintFirebirds.com for live coverage of the 2019 CHL Import Draft Thursday.