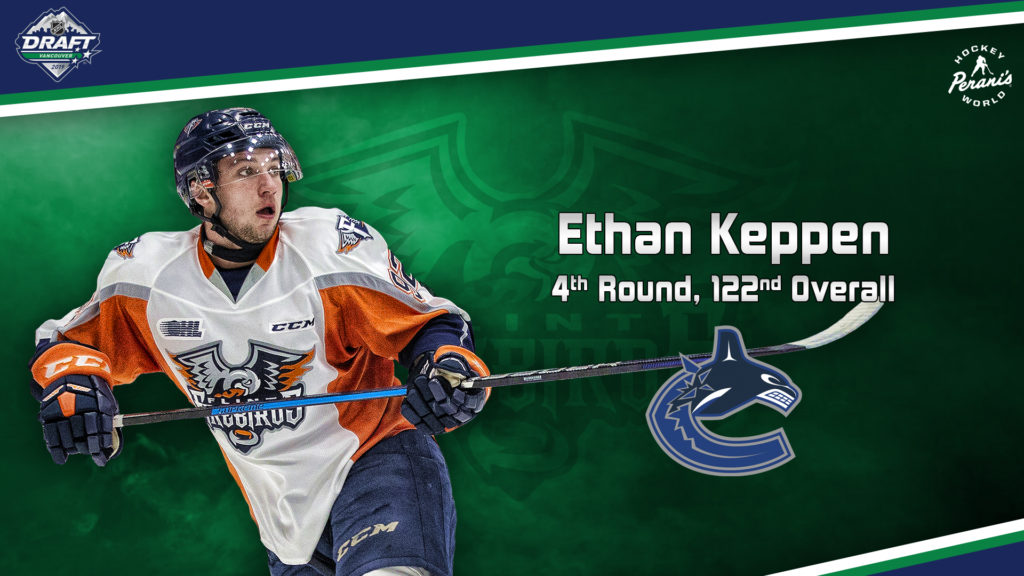 Vancouver, B.C. – The Vancouver Canucks selected Flint Firebirds forward Ethan Keppen in the fourth-round, 122nd overall, of the 2019 NHL Entry Draft Saturday, making him the seventh Flint Firebird to drafted in the of the National Hockey League in just four years.

Keppen, a 6-foot-2, 212-pound forward, played in all 68 games with the Firebirds this season, finishing tied for second on the team in points (59). He tripled his goal production (30) and more than tripled both his assists (29) and points in one season. Keppen earned the ‘Blue Collar Worker,’ ‘Combined Academic & Athletics Excellence Award,’ and ‘Most Improved Player’ awards at the end-of-year Firebirds’ player awards banquet. The Whitby, Ont., native was Flint’s first-round draft pick, 10th overall, in the 2017 OHL Draft.