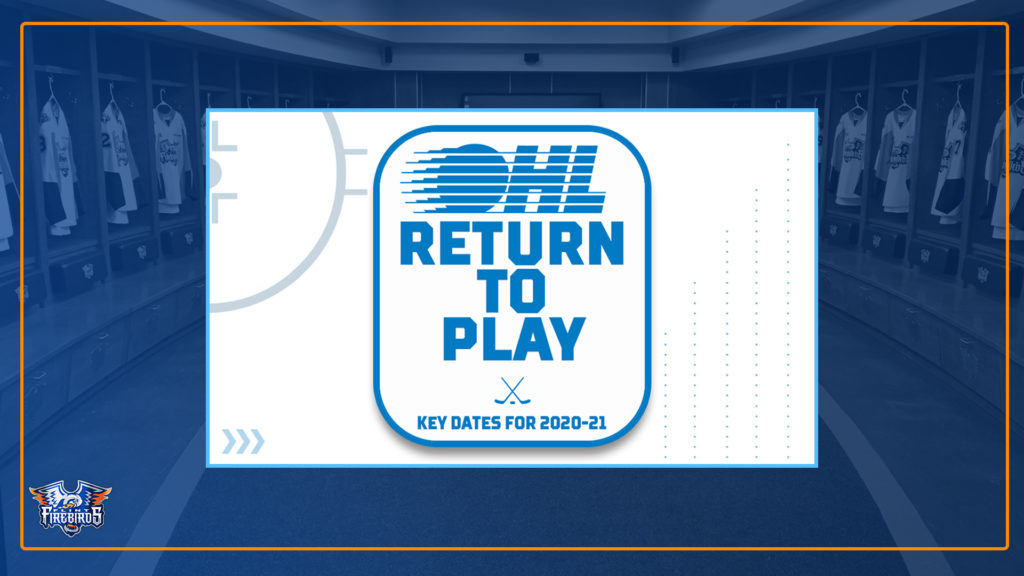 Toronto, Ont. – With a planned return to play less than three months away, the Ontario Hockey League continues to work with government and health agencies to plan the safe return of OHL action while also finalizing outstanding issues such as safe attendance at venues and cross border travel for teams. In preparation for the 2020-21 playing season, the League today announced a number of key dates to be circled on the calendar.

OHL Training Camps are scheduled to open on Sunday, November 15, with Exhibition play commencing on the weekends of November 20-22 and 27-29.

Other notable dates for the 2020-21 season include a February 10, 2021 trade deadline, the conclusion of the Regular Season on April 29 and the 2021 OHL Playoffs for the J. Ross Robertson Cup taking place from May 2 to June 14. The 2021 Memorial Cup presented by Kia is scheduled for June 17-27 and will be hosted by either the Oshawa Generals or the Soo Greyhounds.

The OHL plans to open the 2020-21 Regular Season on the previously announced target start date of Tuesday, December 1.

About The Flint Firebirds:
The Flint Firebirds are a proud member of the prestigious 20-team Ontario Hockey League. The OHL is one of three leagues that constitute the 60-team Canadian Hockey League (CHL), which is known as the world’s premiere player development league for the NHL. On NHL opening day rosters in October, 70% of NHL players were CHL alums. Since the Firebirds’ inception in Flint, Michigan five seasons ago, the team has produced 18 NHL signed or drafted players. More than 250 scouts representing all 31 NHL clubs attended a Firebirds game in Flint throughout the 2019-20 season. The Firebirds average nearly 3,000 fans per game at the newly renovated Dort Financial Center, reaching over 100,000 fans each OHL season.