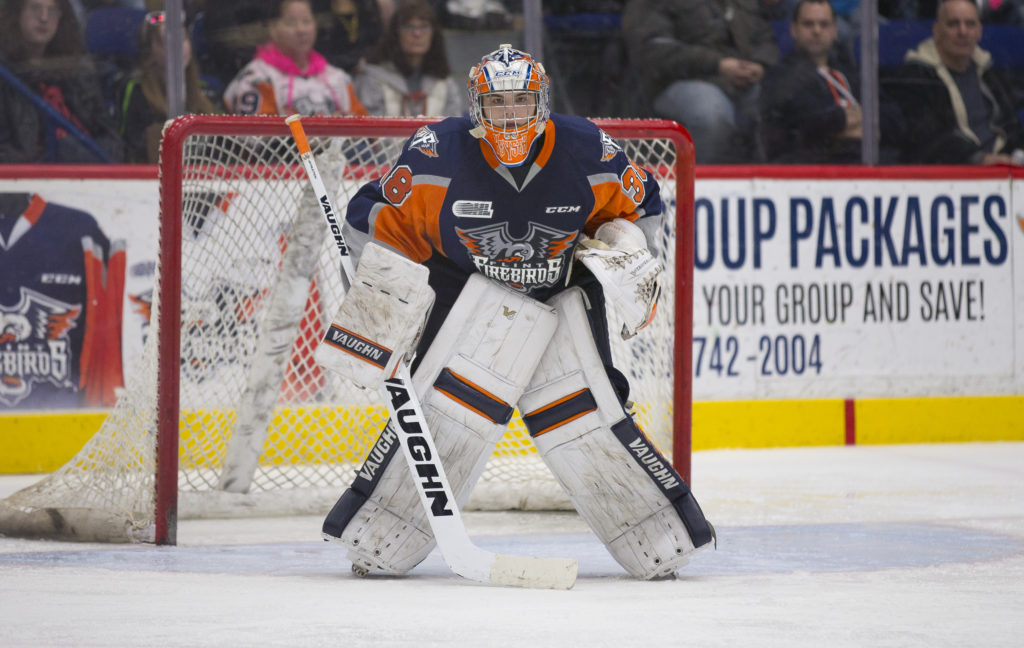 Flint, Mich. – The Flint Firebirds announced today that the club has completed a trade with the Oshawa Generals.

In the trade, Flint receives a second-round pick in the upcoming 2017 OHL Priority Selection. In return, the Firebirds trade goaltender Kyle Keyser to Oshawa. Last season with the Flint, Keyser marked a 4.42 goals-against-average (GAA) and a .877 save-percentage (SAV %) including a 4-10-0 record through 17 games.

The Firebirds play their final home preseason game tonight against the Saginaw Spirit. Puck drop is set for 7 p.m. (ET) at the Firebirds’ practice facility, Flint Iceland Arenas on Elms Rd. in Clayton Township. Tickets are $10 and can be purchased at the door. Tickets for the Firebirds’ Opening Night on Wednesday, Sep. 21 against Saginaw at the Dort Federal Event Center are on-sale now and fans can purchase online at ticketmaster.com here.