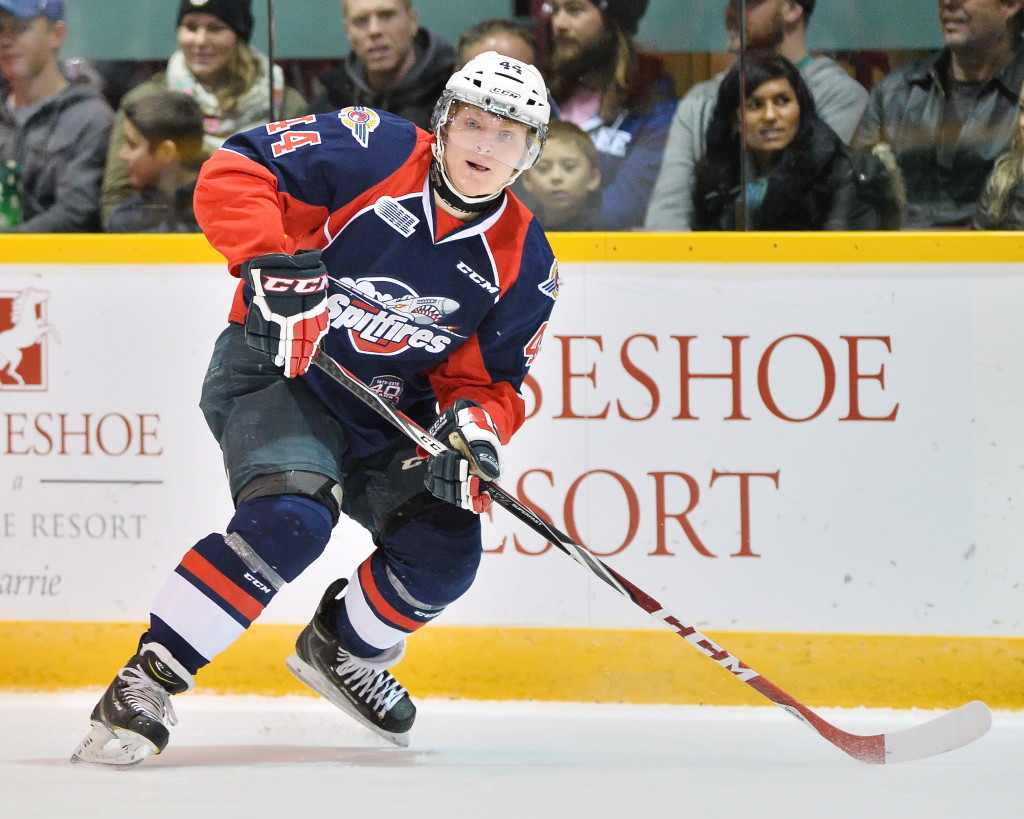 Flint, Mich. – Flint Firebirds General Manager Terry Christensen announced on Sunday that the club has traded Connor Chatham in addition to a second and fourth round pick in the 2017 OHL Priority Selection to the Windsor Spitfires. In return, the Firebirds acquired forward Luke Kirwan (Kir-Win).

“It’s tough for us to let a guy like Connor Chatham go but we are building for the future,” said Christensen. “When Kirwan came into the OHL, he was projected as a top draft pick in the National Hockey League. We’re hoping that a new environment alongside John Gruden’s coaching will bring out the very best in Luke’s game,” added Christensen.

Kirwan, a native of Dewitt, New York recorded 29 goals and 28 assists for a total of 57 points with the U.S. National U17 Team in the 2014-15 campaign. Last season, Kirwan scored seven goals with the Spitfires and tallied 12 assists, totaling 19 points in 59 games.

Kirwan is expected to make his debut with the Firebirds on Friday night against the London Knights. Puck drop is set for 7 p.m. (EST) at the Budweiser Gardens in a game that will be televised nationally across Canada on Sportsnet.

The Firebirds will return to the Dort Federal Event Center Saturday night against the Niagara Ice Dogs. Puck drop is set for 7:30 p.m. (EST). All Flint Firebirds home games in the month of January are “Food Drive” games where fans can bring in five cans of food and receive $5 off a silver ticket. 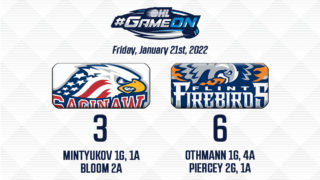 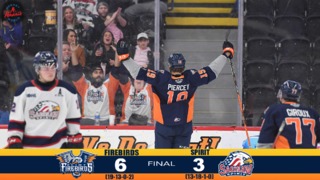 The I-75 Divide Cup Returns to Flint, Firebirds Down Spirit 6-3
3 days ago