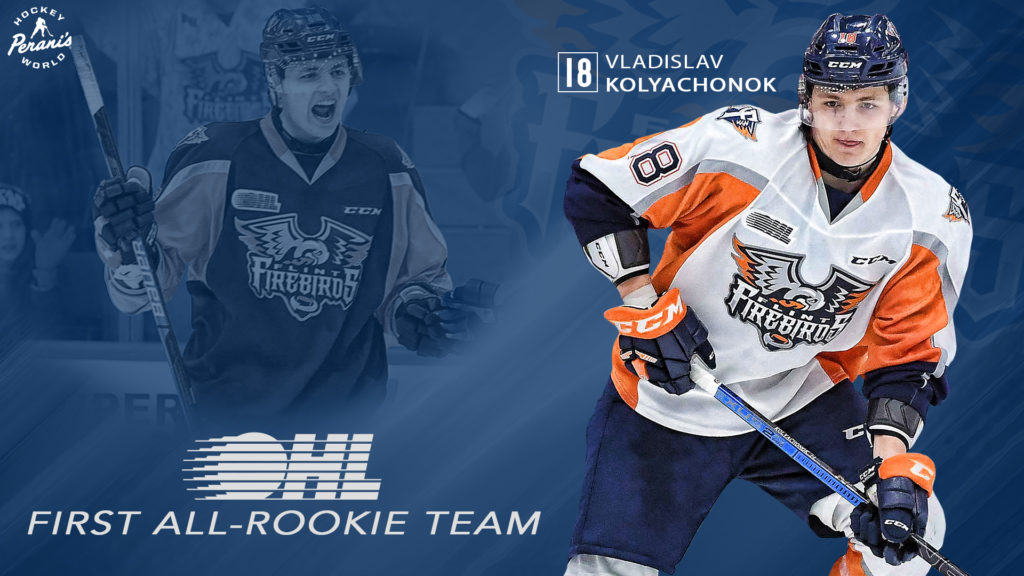 Toronto, Ont. – Defenseman Vladislav Kolyachonok (pronounced koh-lee-uh-cho-nohk) is the first ever Flint Firebird to be named to the Ontario Hockey League’s (OHL) First All-Rookie Team for the 2018-19 season.

Kolyachonok finished second among all rookie defenseman in the OHL this season, setting a record for most points by a rookie in a Firebirds’ uniform with 30 points (4G, 26A) in 54 games. Along with earning the honor on the league level, he was tabbed as Flint’s ‘Best Defenseman’ at the end-of-year Firebirds’ player awards banquet.

The 6-foot-2, 188-pound skater is a native of Minsk, Belarus and has been ranked as number-31 among North American skaters listed by NHL Central Scouting in their Final Rankings for the 2019 NHL Draft, which takes place June 21-22 in Vancouver, BC.

“We’d like to congratulate Vladislav on being named to the OHL First-All Rookie Team,” said Flint Firebirds Vice President of Hockey Operations & General Manager Barclay Branch. “His work ethic and determination all season long is deserving of this honor and we couldn’t be happier to have him as a Flint Firebird.”

Kolyachonok was recently named captain for the Belarus National Men’s Under-18 Team at the 2019 International Ice Hockey Federation (IIHF) U-18 World Championship in Örnsköldsvik and Umeå, Sweden where he finished second on his team and third among all defenseman in the tournament with five points (1G, 4A) in six games.

The OHL All-Rookie Teams were selected by the OHL’s General Managers.  Players were voted on initially by position within their conference receiving five points for a first place vote, three for a second place vote, and one for a third.  Top vote getters in each position made up the final ballot that was then circulated to all 20 teams. 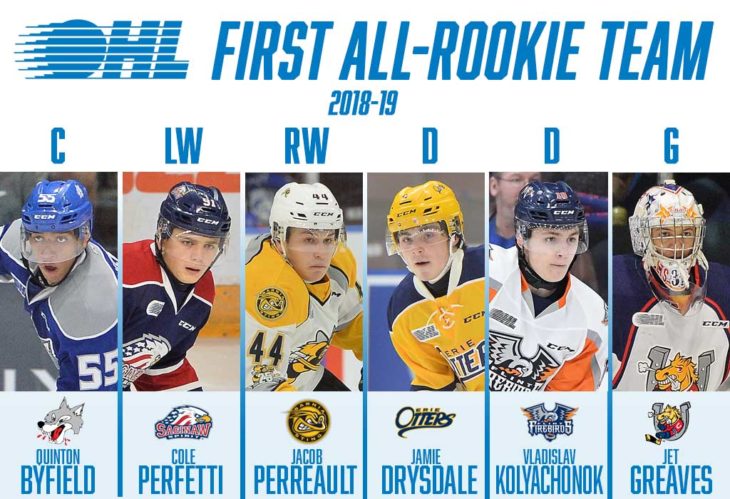 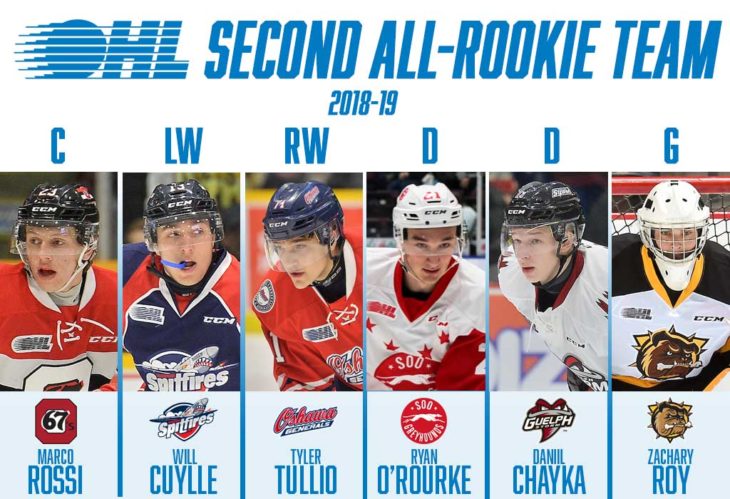