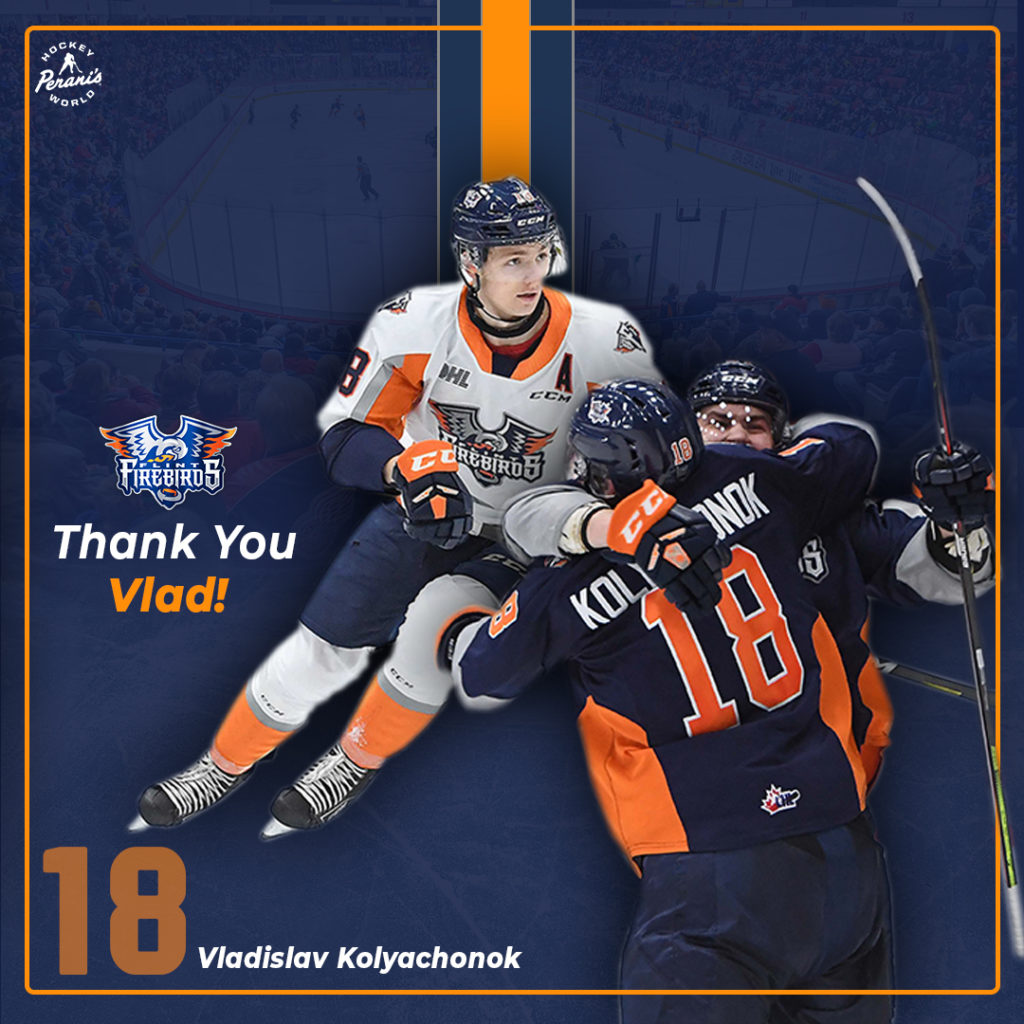 Flint, Mich. – The Flint Firebirds announced today that defenseman Vladislav Kolyachonok will remain in his hometown of Minsk, Belarus for the upcoming 2020-21 hockey season.

Kolyachonok, 19, has signed a contract with his hometown club, HC Dinamo Minsk of the Kontinental Hockey League (KHL), which is widely considered to be the premier professional ice hockey league in Europe and Asia.

“After two successful seasons of developing in Flint, Vladislav has now been able to earn an NHL contract and now a KHL contract too,” said Flint Vice President of Hockey Operations and General Manager Barclay Branch. “It’s a testament to his hard work and dedication to the game. We’d like to thank Vladislav and his family for their contributions to the Firebirds’ organization and wish them success moving forward.”

Kolyachonok was claimed by Flint off OHL waivers from the London Knights on Oct. 2, 2018. He recorded 63 points (16G, 47A) in 107 OHL games with the Firebirds throughout the past two seasons. During his development in Flint, he was selected by the Florida Panthers in the second-round (52nd overall) in the 2019 NHL Draft prior to signing a three-year NHL Entry Level contract with the Panthers on Sep. 15, 2019, which still remains in effect.